We are now really losing the count of how many of these prototypes have Apple lost aren’t we? After those leaked metal frame shots of the new iPhone, now a Portuguese site has grabbed the metal frame which Apple has used to house the main interior components of the new iPhone. This is basically that middle unibody piece which will have glass (or plastic) top on each side. 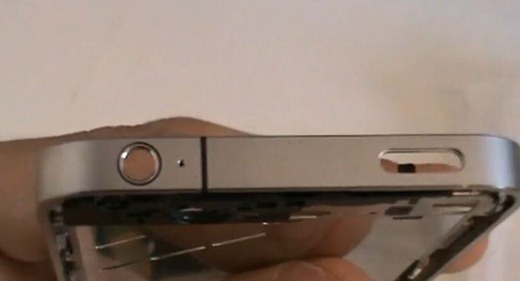 These parts were said to have been bought from China (for unknown price) and they are claiming it to be genuine. Here is the rough translation of the source Portuguese site.

The way is based on hand is phenomenal, is narrower than previous iPhones, even though the 2G and know that this width will be seen that the missing components only alter the thickness of the iPhone 4 (In only a few millimeters).

The piece is very light, is made of aluminum with a very high level of detail, the edges of the frame we see a very small cut to the rim would not be too pronounced in the style mac book pro.

… this is supposedly a part of the new iPhone and we are not certain about anything, but one thing is certain, the design of the piece is elegant, beautiful, like the macbook pro and ipad lo and behold:

And here is the video of the said parts..

Apple is now all set to unveil the next-generation iPhone for general availability at the annual WWDC 2010 conference on June 7. iPhone OS 4 is also expected to be released at the same event. [via MacStories]