Here’s how to AirPlay Mirror your iOS 11 iPhone or iPad to Samsung Smart TV without having Apple TV device.

Those with good memories will remember AirBeamTV, responsible for Mirror on Samsung TVs that was released last year and allowed Mac users to use AirPlay Mirroring to send their computer’s display to a Samsung Smart TV without the need for an Apple TV, something that would normally be required for such a venture. Now the same developer has launched the same app for use with iOS 11 on the iPhone and iPad 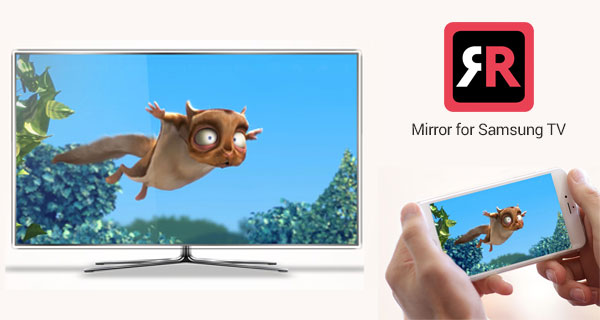 Just as with the Mac version, being able to send video from an iOS device to a TV would normally require the use of an Apple TV, but thanks to the arrival of iOS 11 and the addition of advanced ReplayKit to the mix, AirBeamTV’s Mirror for Samsung TV app can now work its particular brand of magic to allow those with any Samsung Smart TV of 2012 onwards, to get video right from their iPhone or iPad. So yes, no jailbreak is required for this to work!

“At WWDC 2017, Apple announced that they have extended the functionality of the ReplayKit framework”, explains Demid Borodin, co-founder and Director of Video Technology. “This extended functionality opened the door for us to bring our popular Mirror for Samsung TV app also to iOS. Before iOS 11, we only supported macOS, now everybody with a modern iPhone and iPad can directly mirror to his Samsung TV.”

As with all things that are technically a bit of a hack, there are downsides however. First of all, users with less powerful devices are out of luck because of the horsepower needed to make Mirror for Samsung TV work.

Mirror for Samsung TV runs only on newer iPhones (from iPhone 6S onwards), any iPad Pro and recent iPads (from the 5th generation onwards) which run iOS 11.

On top of that there tends to be a delay of between one and three seconds between the iOS device and the video displayed on the TV which makes gaming impossible. You’re not going to be able to watch content with DRM either, and you can’t use Safari as a workaround because the browser does not send audio over the connection to the TV. 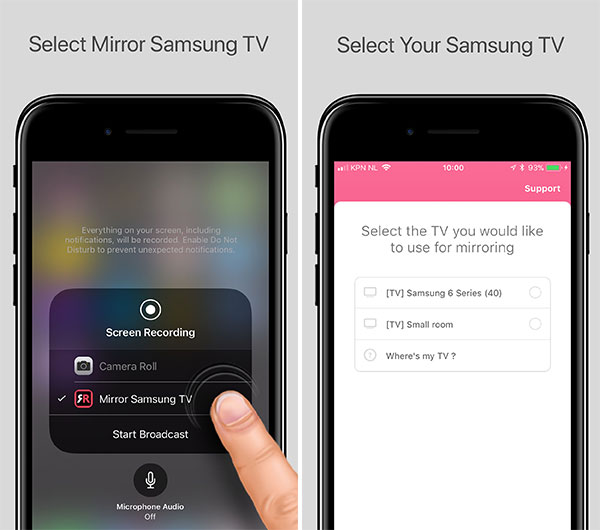 So, Mirror for Samsung TV is limited without doubt, but if this gets you out of a jam just once, it’s worth every penny of the $4.99 asking price.

Those with Macs can opt for the macOS version which costs $9.99.

And here’s a short tutorial on how set it all up. It’s pretty straight forward since it integrates right into Control Center like Apple’s native AirPlay/AirPlay Mirroring implementation for Apple TVs.

You can download the app right now from the App Store for $4.99.

(Download: Mirror for Samsung TV for iPhone and iPad from the App Store)