Apple’s Craig Federighi has responded to an iPhone user in an email to confirm that the company is currently looking into a fix which affects the Reachability functionality in iOS 11.

Device owner Michael took the opportunity to email Apple’s Senior Vice President of Software Engineering to express his unhappiness at the removal of a feature which allowed the Notification Center to be invoked in iOS 10 when Reachability was active. A response from Federighi has confirmed that Apple is working on “fixing it.” 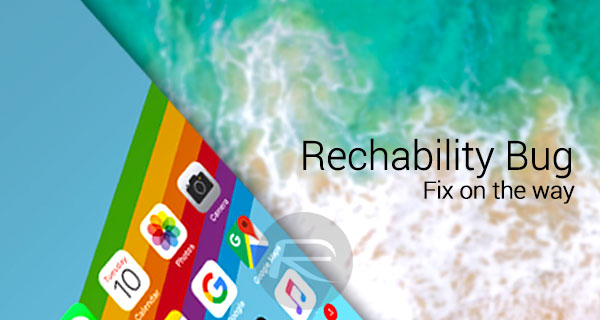 You may or may not make use of the Reachability feature in iOS, but it’s essentially a way for owners of Apple’s plus-sized iPhone to double-tap the Home button to animate the user-interface into a position where it can be accessed and interacted with in a one-handed mode of sorts. As mentioned earlier, in iOS 10, when Reachability was active, it was possible to place another gesture on the center of the display to invoke Notification Center to become active. This was seemingly removed with the early iOS 11 betas and was never added back. The aforementioned iOS device owner took exception to that and issued the following speculative email to Craig Federighi:

Ever since iOS 11 was released as a beta, the ability to invoke the Notification Center from the middle of the screen during reachability was removed. This was an incredibly useful feature as one didn’t have to awkwardly try to take ones’ thumb all the way back to the top even though reachability was invoked—defeating the whole purpose of it for one crucial task.

If this was done by design I fail to see the purpose or any benefit whatsoever to its removal. If it’s a bug, I hope Apple can get around to finally fixing this mistake/oversight. 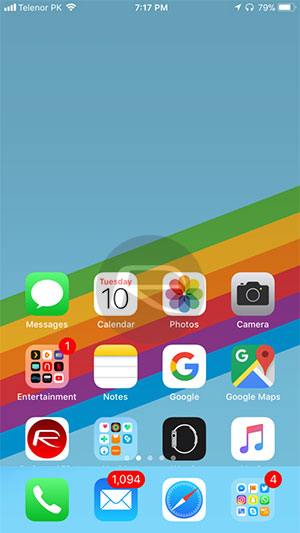 Rather than give an elaborate explanation as to what the exact problem is, or confirming whether or not the feature was removed on purpose, Apple’s SVP of Software Engineering simply replied with a very short and succinct “we are fixing it” retort. No additional information was given but we can only assume that Apple is aware of the issue, is handling the case, and will likely issue a fix for it in the very near future with a new version of iOS 11, likely in the form of iOS 11.0.3.