A Tesla Model S Plaid Caught Fire, Trapping The Driver Inside For A Brief Period

There’s been a lot of buzz about the super-quick Tesla Model S Plaid of late and for good reason. It’s a big, costly sedan that’s capable of insane acceleration. But it isn’t all good news — it turns out one’s already caught fire.

Supposedly one of the first 250 vehicles of its type to have been shipped to customers, the vehicle caught fire in Haverford, Pennsylvania and briefly trapped the owner inside. 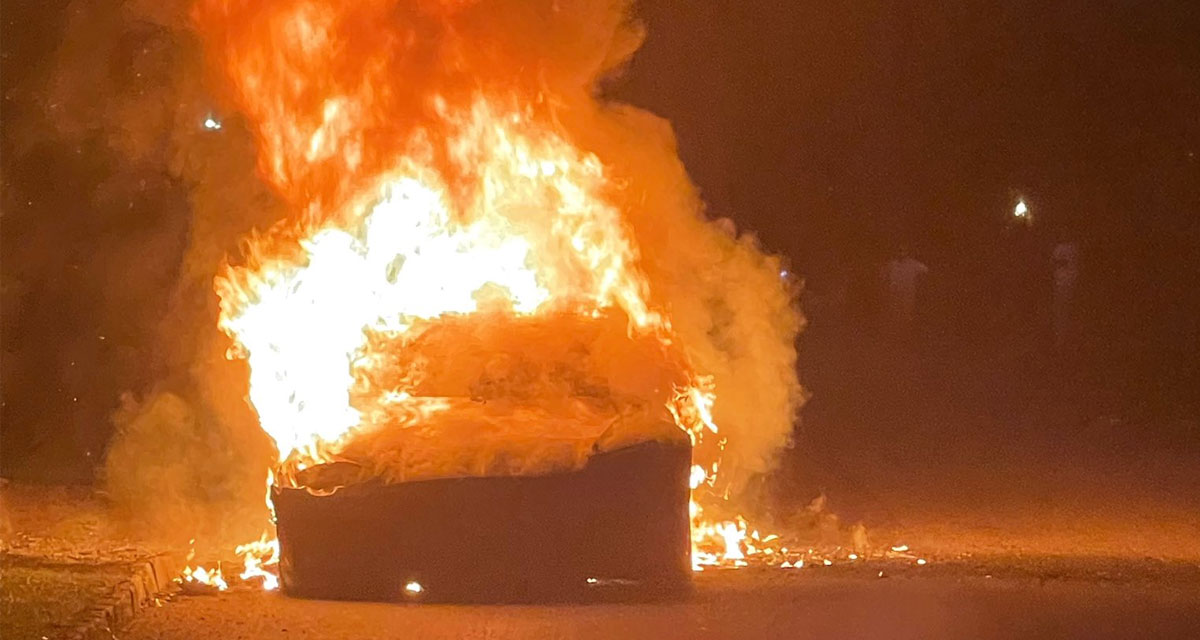 A lawyer for the owner says that it “spontaneously combusted” which isn’t something you ever want your car to do. Especially when it’s sat atop a ton of batteries.

The $130,000 vehicle was completely obliterated during the fire despite the work of trained firefighters. According to The Verge:

Firefighters from both the Gladwyne and Lower Merion Fire Departments arrived on the scene shortly before 9PM ET on Tuesday. The firefighters, who had been trained on how to respond to battery fires involving Tesla vehicles, “laid a 5 inch supply line into the scene so that we could keep a continual water stream on the fire to extinguish the fire and cool the batteries down to ensure complete extinguishment,” according to a statement from the Gladwyne Fire Department. The driver managed to escape and there were no injuries reported.

Our firm & @AthleteDefender represent an exec who purchased new Tesla Plaid Model S, which was 1/250 shipped. On Tuesday it spontaneously combusted. Our client was trapped & could have died. We tried reaching out to Tesla & have been ignored so far. This is car after escape. pic.twitter.com/wXyJXbWggJ