Although patents are often filed at concept stage, they usually remain pending for a period of time – sometimes several years – before a patent is actually granted by the U.S Patent and Trademark Office (USPTO). Today, Apple has finally been granted the patent for the interface of its iconic iTunes Store, some eight years after the patent was initially filed.

The Patent Office today published patent 8,161,411, which refers to the “graphical user interface for browsing, searching, and presenting media items.” When the fruit company initially lodged the patent back in 2004, it was simply known as the iTunes Music Store, and although it was revolutionizing the digital music market along with the iPod range, the world had little idea just how much more – if you’ll excuse the pun – it had in store. 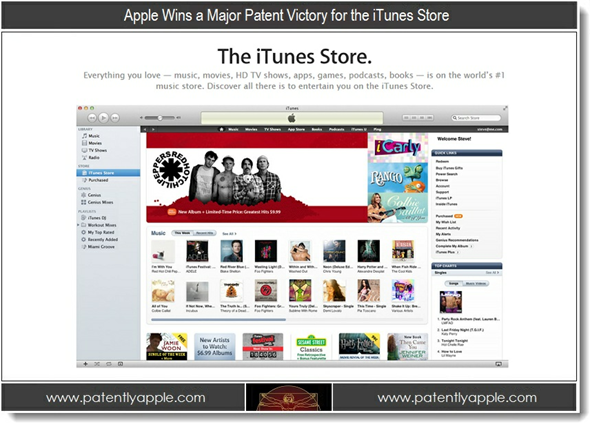 As we’ve come to expect from Tim Cook’s company, the patent covers vast elements of the graphical user interface, and although the patent’s abstract describes the user interface as “suitable for previewing or purchasing media items in an on-line manner,” there doesn’t appear to be a great deal of focus regarding the functionality of the Store – such as the unique way songs are purchased. One suspects such features are described in further detail in another, still-pending patent.

Since 2004’s patent was filed, the iTunes Store has seen a lot of changes. No longer is it simply focused on songs, audio books, podcasts, movies and TV shows for the vast iPod range, and post-iPhone, it is now just as focused on delivering the latest apps, games, books, and learning resources to the masses. Moreover, it’s not simply accessible through the iTunes desktop client anymore, since touch-based devices now also include an iTunes and App Store app, which enables users to source content on-the-fly. 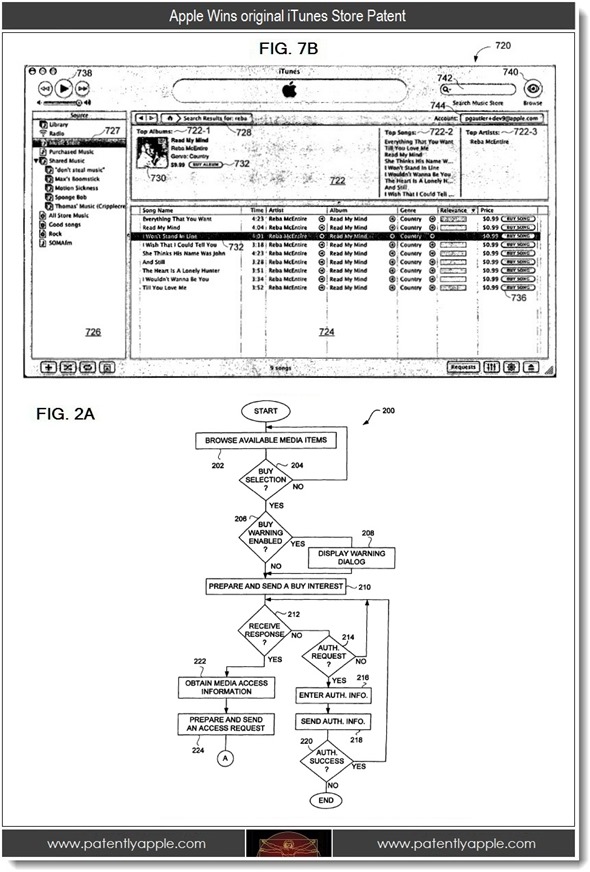 If anything, the desktop version of the iTunes is slipping towards relative redundancy, and this patent just serves as a reminder of how far Apple has progressed digitally in the past 10 or so years. Still, the Cupertino-based company hasn’t forgotten about its roots, and rumor has it that plans are in place to revamp iTunes and App Stores, possibly sometime this year. The move, which could coincide with the release of Mountain Lion, is thought to offer a more captivating and engaging user experience.