We recently told you about a deal on a 512GB NVMe Thunderbolt 3 SSD that seemed almost too good to be true, but it really was. It was so good that I reached out to the maker of the SSD – Plugable – and asked if they would send one to me for review. They said yes, and I’ve been using it for a couple of weeks to see how it fares. All you need to know is this – it’s a great budget option for those who need external drives to be quick.

As I just mentioned, I’m using the 512GB version of this drive. It’s connected to my 2018 Mac mini via Thunderbolt 3, which is the only option you have with this thing. 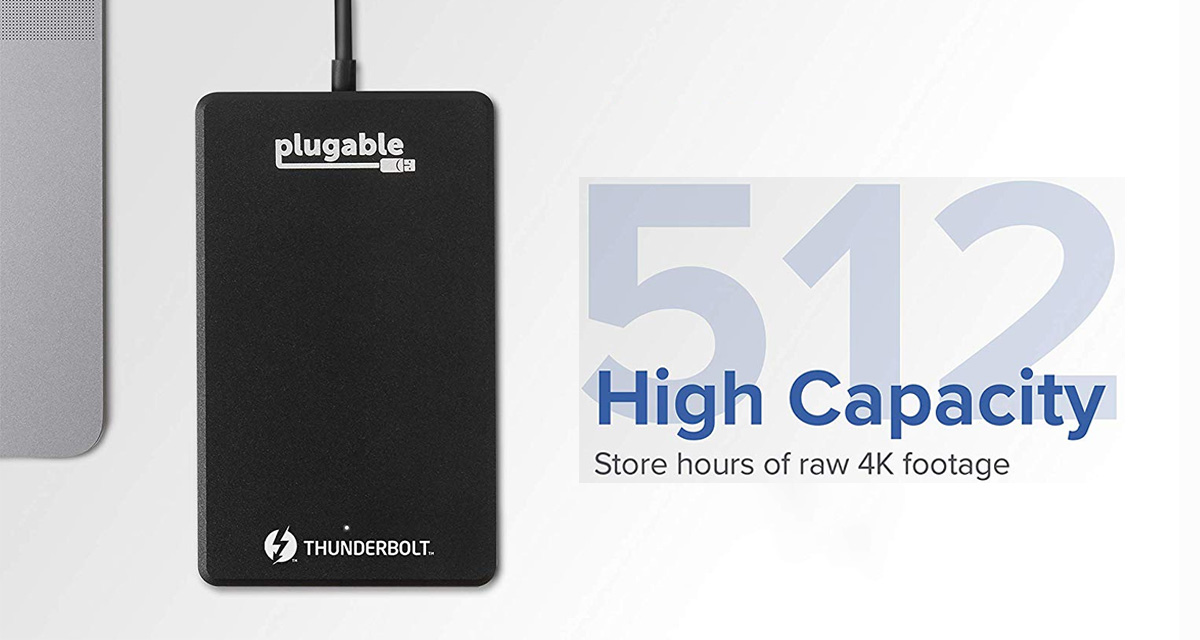 Oddly, the cable is attached to the drive in a way that means it can’t be removed. It’s integrated, and at just seven inches long, that might be a problem for some people. It isn’t for me, but it’s something to keep in mind if you’re picking one up. It also means that if the cable fails, the whole thing is useless.

Thankfully Plugable offers a three-year warranty, so if something goes wrong within those years you’re covered. But if it happens outside of those three years, you’re on your own.

Construction-wise, you can have no complaints. The whole outer casing is metal and it doesn’t get particularly warm in use. In fact, it’s decidedly cooler than my USB-C Samsung T5 1TB drive, which I was surprised at. 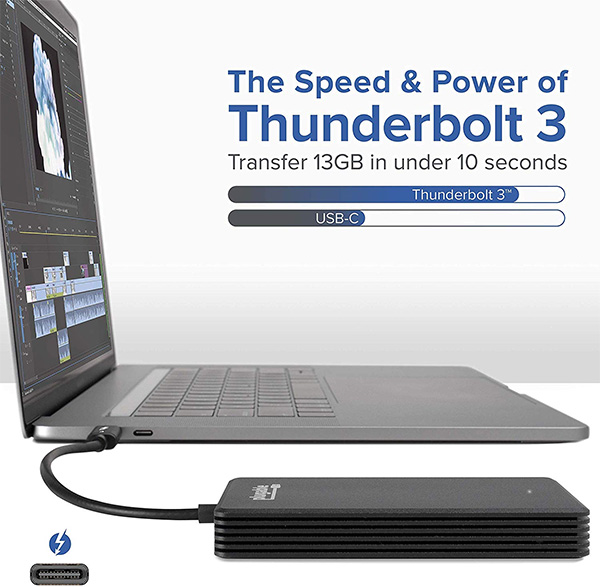 Behind the sheer speed, price is what makes these drives so impressive. The 512GB model I’ve been testing sells for just $199, while a 1TB version is available for $299 at the time of writing. 2TB sees a jump to $499, though. Generally, those prices are considerably cheaper than comparable drives in the form of the Samsung X5 and G-Technology G-Drive Mobile Pro.

But those prices are even more impressive when you consider the speeds these drives are capable of. I’ve been testing it with Blackmagic’s Disk Speed Test app, and the result? Oh, it’s fast, it’s real fast.

During my tests, the Plugable drive was repeatedly able to score read speeds of 2510MB/s and write speeds of 1861MB/s. Those numbers are improvements on even the quoted speeds of 2400MB/s and 1800MB/s respectively. You can’t really expect much more than that.

So, given the speeds in play, what could someone use this drive for? 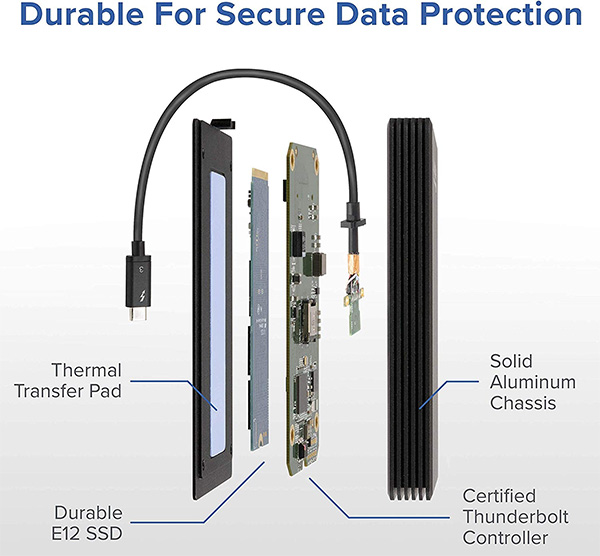 Realistically, pretty much anything they want. It’s faster than many internal SSDs unless you’re using something very new and likely equally expensive. And because of that, it’s the perfect option for anyone who needs a portable drive while they’re on-location, maybe taking photos or filming video. Someone with a nice, fast 16-inch MacBook Pro but needs an external storage option to offload data to. Whether that’s backup of sorts, or even as a working drive for video and images that are actively being worked on. It’s super-fast storage, just on the outside of the Mac instead of inside.

In short, I’m really impressed with what this portable SSD is capable of. It’s a wonderful option for anyone who wants to have blazing fast external storage but doesn’t want to pay big bucks for it. The three-year warranty is a positive, too. If you can find this drive on offer, it’s a no brainer.