Wow! I didn’t saw this coming from Apple!. According to the latest reports from Chinese Commercial Times, Apple is planning to launch 22-inches capacitive touchscreen iMac’s sometime this year.

We all know that HP already has all-in-one TouchSmart PCs for a while now, with multitouch capable capacitive screens, and an OS like Windows 7 which fully supports those gestures. This was something which Mac’s were missing for sometime now. Sure they have got those Magic Mouse and multitouch pads on MacBook Pro’s, but nothing of this sort. 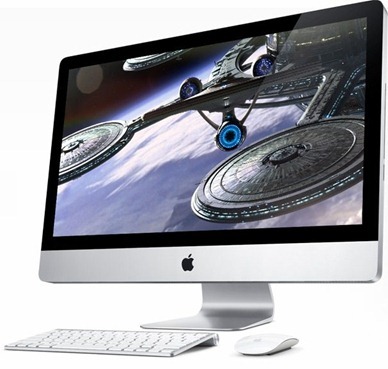 If these reports are true, then we can expect an official announcement about it from Apple at the upcoming event on January 27th, where Apple is highly expected to unveil their much hyped iTablet /iSlate device. [via Engadget]