Samsung has issued invites to its next major UNPACKED event. The show will take place at 4 PM ET August 7, in New York at the Barclays Center and will likely feature the introduction of the company’s next-generation phablet, the Galaxy Note 10.

The official invite is hardly cryptic. Rather than having to analyze the invitation to ascertain what might be unveiled during the UNPACKED event, Samsung has just thrust it in our faces. 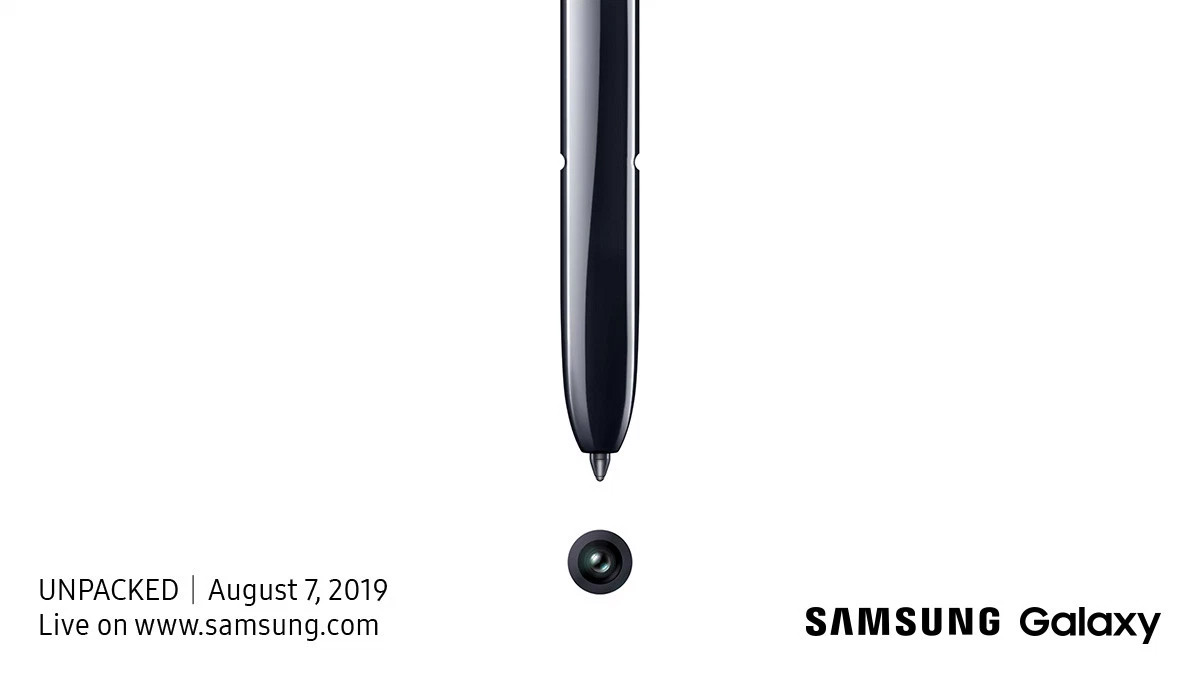 The name of the event and the data is listed in a prominent position in the bottom-left corner. As is confirmation that it will be streamed live on Samsung.com. In the bottom-right are the words “Samsung” and “Galaxy,” which confirms that the event is Galaxy device-related. The main artwork, however, is what really gives it away.

Samsung’s extremely well-known S Pen is placed right in the middle of the invitation and looks to be pointing directly at a camera lens pulled directly from a mobile smartphone. So, this pretty much confirms that the event is going to be Galaxy Note 10 specific but also suggests that Samsung will have some big camera announcements to make alongside the introduction of that device.

It’s really anyone’s guess what Samsung could have in store for the world with the Galaxy Note 10. Discussion around the Note 10 has suggested that the hardware could come with four rear cameras designed to take mobile photography to the next level and to reaffirm the fact that Samsung’s premium technology makes it into the Note hardware. Some have suggested a three-camera system and it’s even been suggested that the dedicated S Pen could come with its own built-in camera thanks to a patent granted to Samsung via the USPTO.

The Korean company is likely to drop the headphone jack on the device and introduce a 5G option for those who want to pay a little extra for blazing-fast data connectivity. Alongside the Note 10, it’s likely that Samsung will use the UNPACKED event to introduce additional devices.

The company’s official Newsroom suggests the company will “unveil new devices designed to take the Galaxy ecosystem’s connectivity to the next level,” which definitely points to more than one reveal during the event in Brooklyn, New York.