Much of the excitement and hysteria surrounding the gaming industry may be focused on the soon-to-be released PlayStation 4 and Microsoft’s Xbox One, but that doesn’t mean Sony are ready to give up on their current-generation hardware. The PlayStation 4 is likely to prove to be extremely popular when it is released later in the year, but it also seems that the Japanese electronics giants are giving more budget focused consumers what they want by making the much talked about flash-based 12GB PlayStation 3 available in two of video games biggest markets.

It was only a matter of days ago that we brought you up to speed with Sony’s full u-turn on their initial release plans for the PlayStation 3 model that comes with 12GB of onboard flash-storage. The model was initially only intended to be released into the Hong Kong and European markets but for one reason or another, Sony has backtracked and launched the hardware into the U.S. and Canadian sectors. It’s obviously a great piece of news for those who had every intention of giving the PlayStation 4 a miss, meaning that those individuals can enjoy a slim-line powerful product without the high cost attached.

Some may think that it seems like a rather strange move for Sony to be making a push for customers to purchase a console with such a low internal storage capacity. After all, a lot of emphasis has been placed on digital downloadable content and let’s face it, 12GB doesn’t really get you much in terms of media content these days. However, with the PlayStation 4 likely to ship in November of this year and Microsoft already offering low cost version of the Xbox 360, it makes perfect sense for Sony to capitalize on those who don’t wish to part with the big money on a first release of the PS4 hardware. 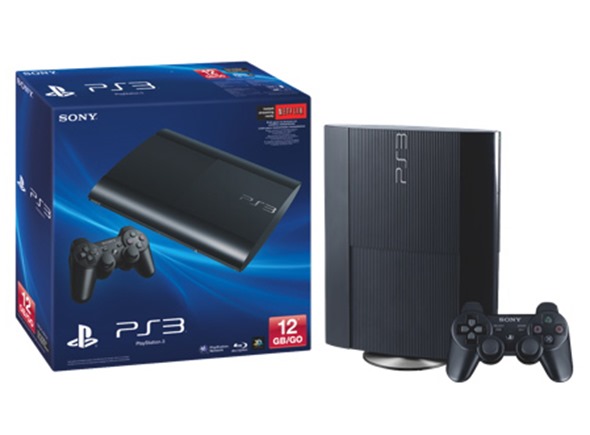 The 12GB version of the extremely popular console is showing up as costing $199.99 and can be found on the shelves of Best Buy and other leading outlets in North America. In Canada, you can find it in Future Shop. It is also worth noting that like the lower capacity Xbox 360, this particular model of Sony’s PS3 also supports additional storage through USB connections. Power, aesthetics and practicality at a low price that has the potential for additional storage – seems like a winning situation to us.