The White House has announced that President Obama has signed the E-Label Act which will now allow all electronics manufacturers to place digital stamps of certification labels on their devices as required by the FCC, instead of the usual physical etching on the product itself.

Senators Deb Fischer and Jay Rockefeller were the ones who recently drafted this E-Label Act in an attempt to offer vendors some breathing space with their products’ design and form factor. Although these bits of information, including the FCC’s logo, didn’t really take much away from products such as the iPhone, but devices with smaller form factors would beg to differ. Obama’s signing of this Act should now allow electronic makers to include such information digitally inside the phone’s OS itself, such as the ‘Settings’ menu. 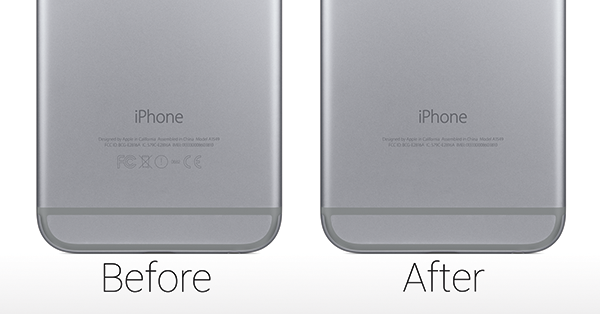 It is said that freeing up resources from etching FCC certification labels on a product’s casing is likely to bring down manufacturing costs as well, something that would ultimately affect the consumer too, but given the relatively insignificant cost of the process for devices as expensive as Apple’s, it is unlikely we will see any price cuts in future products.

The Act has been drafted, and then enacted at a time when wearable technology is on the rise and given the form factors of products such as Google Glass, Android Wear, and the upcoming Apple Watch, stamping these with the FCC labels – while not impossible – would have ‘etched’ away the minimalistic design language that is currently being practiced on most electronics products.

Despite this relaxation, it is likely that certification labels that represent the European Commission (EC) and its Waste of Electrical and Electronic Equipment (WEEE) initiative will still be needed on most devices.

Personally, I don’t mind a few FCC labels neatly etched onto my device’s back, and while this will benefit all manufacturers, the real win is for companies involved in crunching out products that just don’t have room for such information on their casings.

We are likely to see newer products from Apple be shipped without these certification labels, but for that we shall have to wait a while, because there is no reason for the Cupertino company to rush to this choice of change right now.