You Can Now Order The New Apple TV 4, Here Are The Details

After initially unveiling the product during the dedicated iPhone-centric media event on September 9th, Apple has now made the new Apple TV 4 officially available to purchase. The latest iteration of the Apple TV takes the product well and truly away from its previous designation of being a “hobby” project within Apple, and catapults it firmly into the bracket of being one of Apple’s revenue generators.

And as of today, you can order the new Apple TV in both 32GB and 64GB configuration right now from Apple’s online store in 80 launch countries, including the U.S., UK, Canada and Australia. The 32GB model costs $149 in U.S. while the 64GB model costs $199. Orders will start shipping this week with first of deliveries arriving on October 30th. 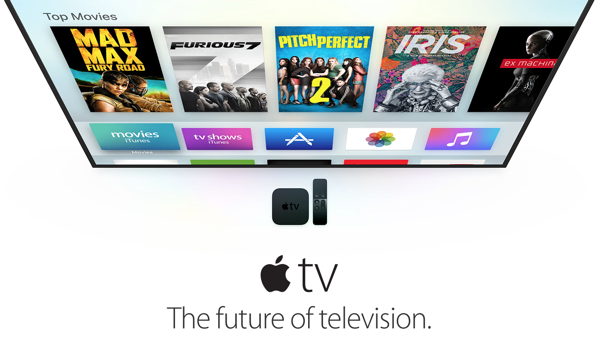 Apple is also selling some extra accessories for the new Apple TV separately, with the Siri Remote for $79, Remote Loop for $12.99 and the third-party Apple certified SteelSeries Nimbus Wireless Gaming Controller for $49.95. You can also choose to get two-year AppleCare coverage should you wish for $29. 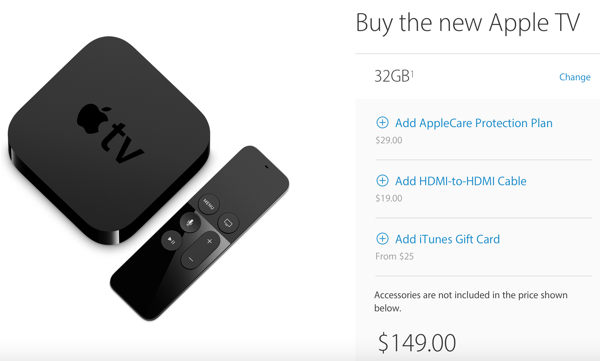 The introduction of the new fourth-generation Apple TV certainly managed to reignite the excitement surrounding the product. The hardware itself had previously been placed into a category of product that was desirable to have if you streamed movies from the likes of Netflix or the iTunes Store, but it didn’t really have mass appeal if you fell outside of the category. With Apple’s new focus on reinventing the living room, and the fact that the device itself has a laser focus on mobile gaming, that has all changed.

There’s also the fact that the new Apple TV comes with the underlying tvOS installed that offers up an SDK to developers. Apple provided a number of developers across the world with new Apple TV Developer Kits to get up and running with crafting unique app experiences that make use of the new hardware prior to its launch. An email campaign last week then started inviting those developers to submit their tvOS app creations for review on the App Store for when the hardware finally launches.

All of these things mean that consumers opting to now purchase the Apple TV 4 should receive an extremely positive and improved user-experience. The powerful new hardware, twinned with the new Siri Remote will provide a more dynamic experience in the living room. There’s also the fact that the remote can be used as a gaming controller for advanced games that will be available for the Apple TV 4. Third-party Bluetooth controllers are also supported for gaming.

And don’t forget about the integration of Universal Search that allows Siri to be used to find content directly from within a plethora of content providers.

For more details on the new Apple TV features, check out our post here.

Here’s what is in the box of the new Apple TV: 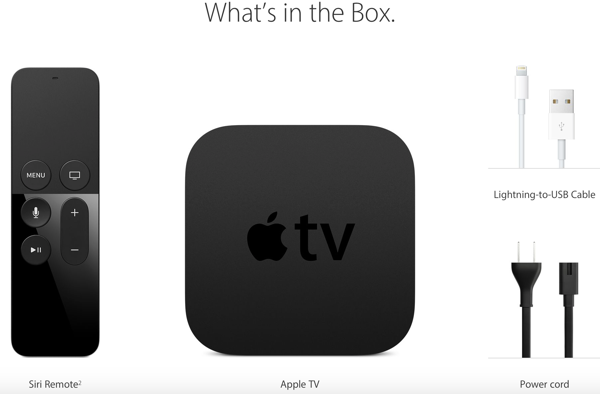 As you can see from the image above, HDMI cable, Remote Loop and any third-party gaming controllers will need to be bought separately.

So, are you getting the new fourth-gen Apple TV? Let un know in the comments below.