For one reason or another, which is probably an internal reason that will only be known to Apple, the native Voice Memos application that ships with iOS as a default app installation doesn’t offer synchronization features with the Mac’s OS X platform. Simply put, that means if you record something on the iPhone, there’s no iCloud or sync support, so that file will have to be extracted manually from the iOS device and migrated across to the Mac if required – unless you bring this brilliant app into play that serves as a simple solution to that problem.

Enter – Just Press Record, the app that syncs your voice notes across the iOS and OS X platforms. The development team behind the app has clearly had one thing in mind when developing this particular application; make it as simple as possible, and make it available across as many devices as possible, which in turn will make things pretty easy for the end-user. We see it far too often when developers try to shoehorn functionality into applications just for the sake of it, and it really doesn’t add value proposition to the product. Just Press Record hasn’t fallen into that trap, and exists as a very simple audio recorder with powerful synchronization built into it. 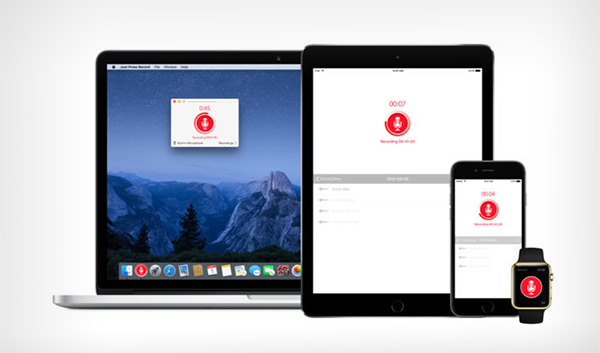 The true benefit of the application is the ability to save a record, and then serving users the ability to instantly playback the file on any device with the app installed. This means you can record using the microphone on your MacBook or iMac, and then access the app on your iPhone, iPad, or iPod touch to listen to that recording – of course the order can be reversed as well. All of the recordings are stored directly in the iCloud Drive which makes the sync features possible. 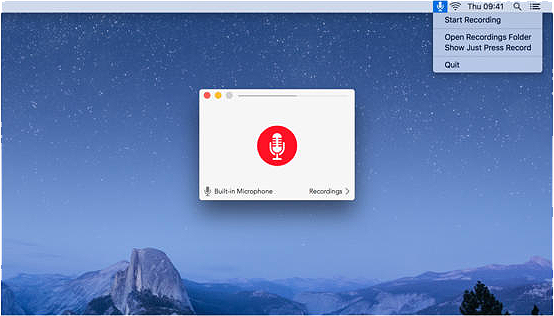 It is however worth noting that lengthy voice recordings can take up a lot of space over time, so you may find yourself needing to take advantage of Apple’s new iCloud pricing tiers for more storage. 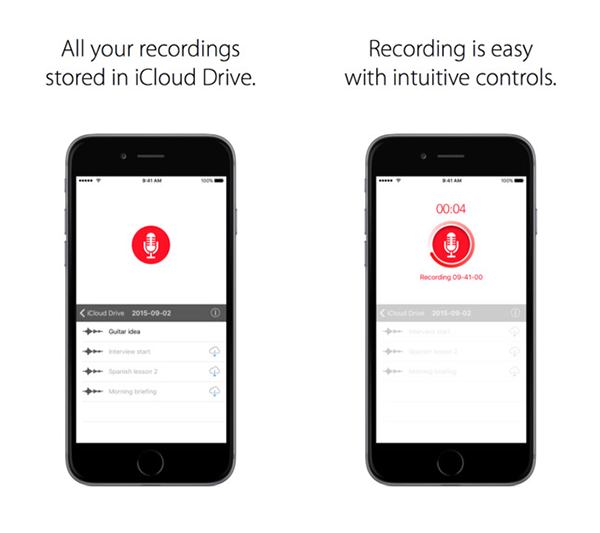 There’s also a smaller set of great little additions such as being able to instantly share those recordings from device, as well as easily renaming voice recordings for easier access and familiar storage. Apple Watch users will be delighted to know that their wearable is also supported, where users will not only be able to listen to the synced recordings, but create new ones too thanks to the ability introduced with watchOS 2.

At the time of writing, Just Press Record was offered for sale on Apple’s Mac Store for $4.99. The iOS variant, which is compatible with the iPhone, iPad, iPod touch, Apple Watch and available via the iOS App Store, costs $2.99.