The new Apple TV is finally a reality, and now that Apple has outed its new, fourth generation set top box and its list of new features, attention is turning to what the little puck is actually capable of. After years of talk surounding whether Apple would enter the gaming market once more, the new Apple TV is the company’s way of dipping its toe in the water via the new device’s included App Store.

When there are games to be played, no amount of waving your arms around using the new motion-sensitive remote is going to cut it, which is why those paying attention immediately started to wonder whether third-party gaming accessories would be on the horizon. When we learned that the Apple TV will now ship with a Bluetooth chip inside, we knew it was almost certain. 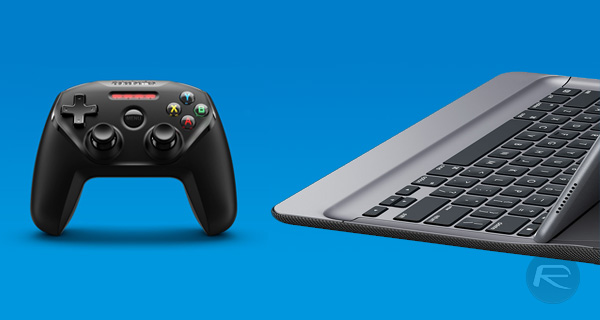 Now we know for sure after a third-party gaming controller was announced and, just to ensure the new iPad Pro isn’t feeling left out, we have details of an accessory specially designed for Apple’s oversized tablet as well, courtesy of old favorite Logitech. 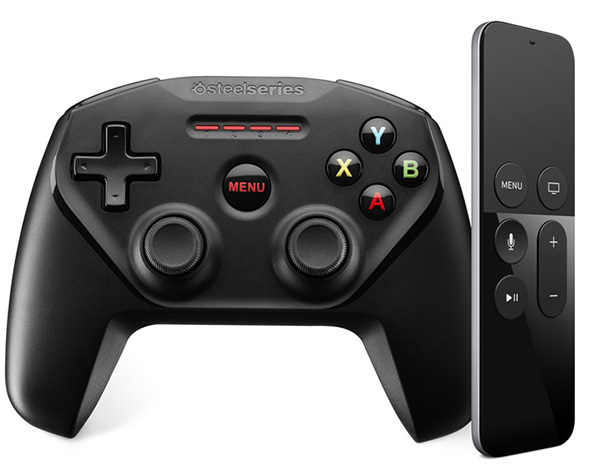 If you wondered whether the new Apple TV could be a serious gaming device, then SteelSeries Nimbus controller should go some way to answering that question. Set to cost a not-unreasonable $49.95 and somewhat resembling an Xbox One controller, the new accessory will be available on Apple’s online store as well as retail outlets with the new Apple TV. The controller charges via a lightning cable and appears to feature everything a modern gaming controller needs. Perfect for some of the App Store’s excellent gaming titles on the big screen. 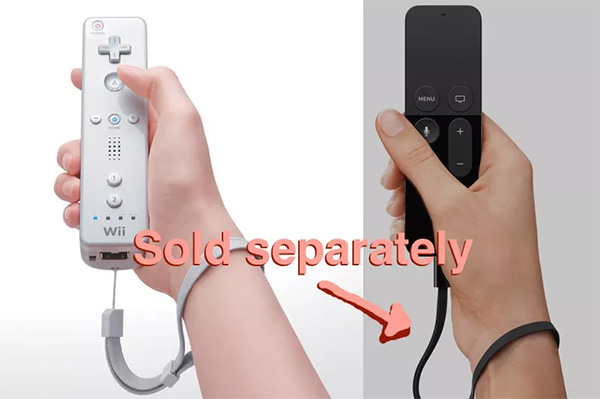 Remember when the Nintendo Wii first arrived and the Wiimote came with a strap to put around your wrist? The reason for the little strap’s inclusion was to prevent a Wiimote from being flung at a TV during a particularly frantic gaming session. Well, Apple will offer an almost exact copy of that strap for its own remote, given its gaming chops thanks to motion-sensing technology similar to what the Wii first introduced. The Verge reports the accessory won’t be part of the Apple TV package and will have to be purchased separately. We don’t know how much this thing is going to cost, but we’d have expected one to ship with the Apple TV given its $149 entry price-point and the fact this strap can only cost pennies to make! 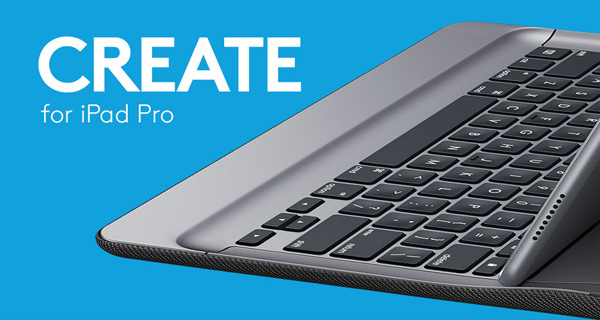 You can always rely on Logitech to have a new keyboard ready for whatever iPad Apple releases, and the iPad Pro is no different this time around. Arriving in November and fully supporting the new tablet’s fancy Smart Connector, the CREATE keyboard is powered by the iPad Pro itself and is paired in the same way, meaning no Bluetooth pairing is required. We don’t know how much the CREATE keyboard will retail for, but given Apple’s own offering will cost $169, expect this to be priced accordingly, especially given the fact the Logitech offering also acts as a case, just like Apple’s.

Expect to see many more third-party accessories debut between now and the iPad Pro shipping in particular, but don’t write the Apple TV off of your accessory buying wishlist either – we foresee more than a few new gaming peripherals arriving sooner rather than later.