If you’ve been looking for a new kind of video-game experience on your PlayStation 4 or Xbox One, and happen to be a huge fan of the iconic Final Fantasy franchise of games, then chances are that you were paying very close attention to the Square Enix “Uncovered: Final Fantasy XV” event in Los Angeles. As you might expect, the publisher not only discussed the new modern Final Fantasy remake in additional detail, but also surprised a few fans by releasing a new playable demo for the game that has been made instantly available for PlayStation 4 and Xbox One console owners.

The free download for PlayStation 4 and Xbox One owners is a little treat in itself given the fact that previous demos of the upcoming title were only available to individuals who had previously bought the upgraded console port of the Final Fantasy Type-0 game for the PlayStation Portable (PSP). There’s also an additional treat factor that is derived from the fact that this new demo isn’t just a small sample of the work-in-progress of the game that will ultimately be released, but a standalone gaming experience in its own right that walks the gamer through its own brief little story. 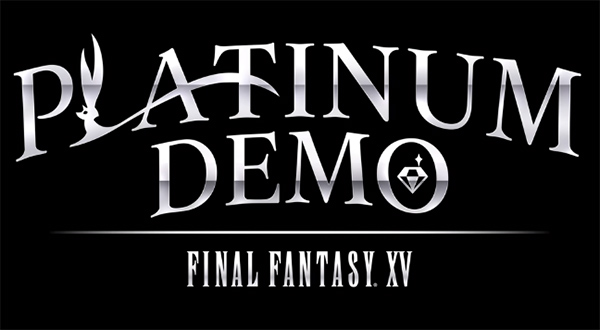 The “Platinum Demo” has been designed by Square Enix engineers to provide an accurate understanding and feel of how the new Final Fantasy XV will look and feel when it’s actually released. The similarities however end right there as this little demo takes place inside the mind of the main character Noctis when he was still a young boy. You could be forgiven for thinking that the madness ends there. But you’d be wrong. Very, very wrong.

The Platinum Demo introduces itself to the gamer by displaying a small fox/unicorn hybrid that can only interact with people and its surroundings by using a smartphone. There’s also continuous shrinking and growing of the main character, a plethora of toy cars to drive, and mighty monsters that Noctis must fight as his adult self. 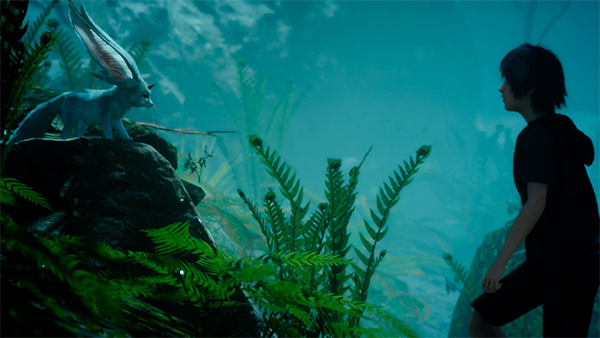 Also worth noting is the fast and fluid battling experience, which feels more modern and is big leap from the older and traditional turn based combat system found in the previous FF titles.

If you can manage to take the Platinum Demo for what it is then it should definitely raise excitement levels for the ultimate release of the new Final Fantasy XV gaming experience. The gameplay feels solid and extremely fluid, and definitely introduces a modern feel to the Final Fantasy franchise. We now just need to wait for the final game to make it to market.

The demo is currently live on both Xbox LIVE and PSN, so what are you waiting for? Go download it now!

Check out the demo trailer in the video embedded below.