You Can Now Access And Play Apple Music From Your Web Browser, Here’s How

If you’re an Apple Music subscriber, listening to music requires the use of iTunes if you’re on the desktop, or the Music app if on an iOS or Android device. There’s still no official web-based player, which is something that puts a lot of people off. However, software engineer Naveed Golafshani has taken matters into his own hands.

Announced via Reddit, PlayAppleMusic.com is a new web app that allows the playing of Apple Music content from the comfort of a web browser, with users simply needing to log in to get access to their music.

The login process involves an Apple authentication pop-up, with users then requested to give the player access to Apple Music, their media library, and any listening activity. Assuming you agree to all of that, you’ll have access to all of your music, including playlists.

Everything works just as you might expect it to, for the most part, and the web player is very reminiscent of Spotify. There are some caveats, though. You can’t customize the order of “Up Next,” and there are no Radio options. The Browse tab isn’t as full-featured as Apple’s apps, either. However, given there is no other option, the whole web app works surprisingly well and even has a mobile layout for when you visit on a phone or tablet.

Apple was thought to be working on its own web player at one point earlier this year, but so far nothing has appeared. Until it does, if indeed it ever does, this is one option that’s worth checking out in a pinch.

Head on over to PlayAppleMusic.com to give the web app a go. 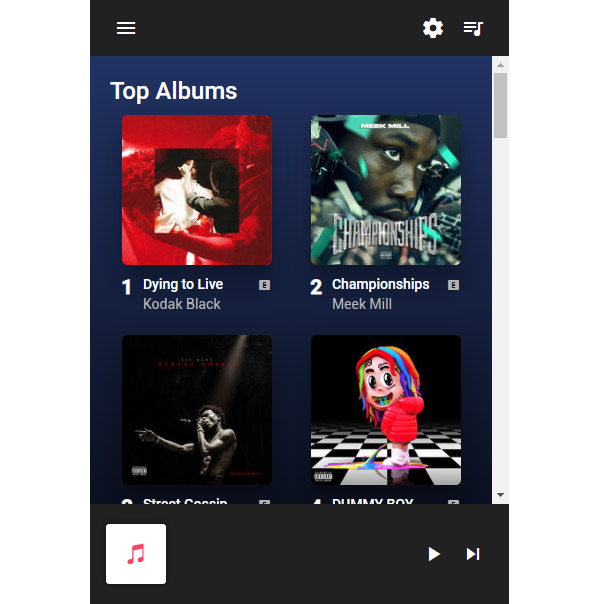