Xiaomi has a reputation for taking the designs of other companies and then riffing on them. Or, more accurately, downright aping them.

But sometimes it pops up with something very different indeed and that’s the case with a recently filed patent application. The phone that application depicts, is all-screen and has a solar panel on its rear. 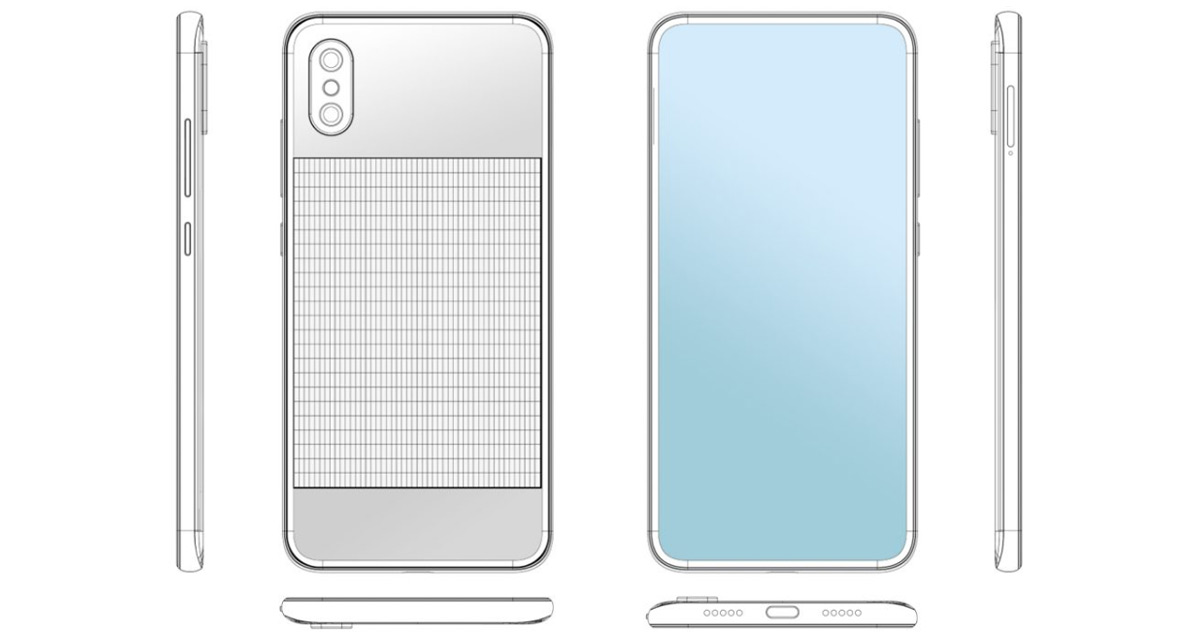 The phone is designed to be eco-friendly and looks every bit the futuristic smartphone. The patent application was filed with the World Intellectual Property Office just over a week ago and spotted by LetsGoDigital. It includes sketches that show what the phone could like like, although it does raise as many questions as it answers.

Sketches show a design with a display that covers the entire front of the phone with no sign of a camera. It’s not clear where the front-facing camera is, or even if there is one at all, but it definitely isn’t getting in the way of that screen.

Around the back is a solar panel to provide power, with a camera array above it. Xiaomi isn’t the first to toy with the idea of adding solar panels to phones, but others have found that it takes a lot of sun to power a phone even for a small amount of time. It’s possible Xiaomi has a trick up its sleeve there, but we’ll reserve judgement for now. 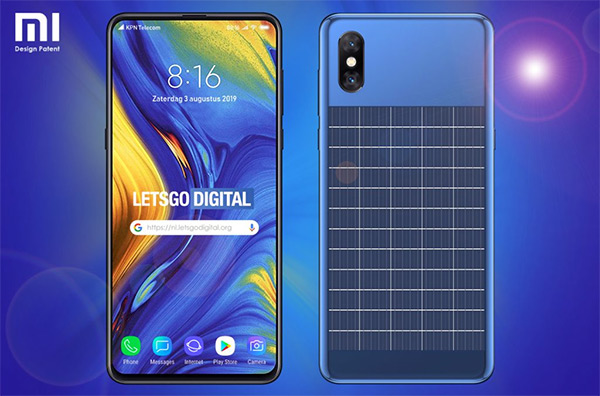 (Colored renders of the solar-powered phone)