WWDC 2018 Decorations Begin Popping Up Ahead Of Monday’s Keynote

WWDC 2018 will get underway on June 4th, taking place in San Jose, California just as it did last year. In fact, it’s actually happening at the same venue, too, with the McEnery Convention Center being the main gathering point for developers and press hoping to spend a few days learning and importantly, finding out what the future of Apple’s software has in store for everyone.

We’re now just a few days away from the event kicking off, and as part of the preparation for June 4th Apple has begun decorating the venue in order to get it ready. 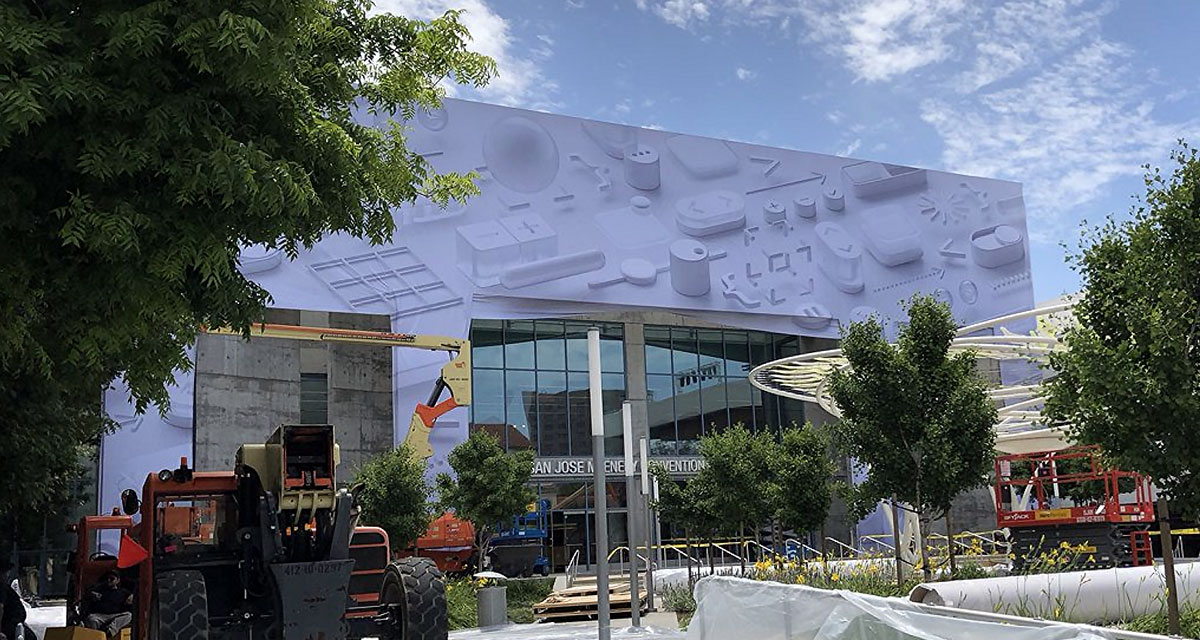 As has now become the norm for WWDC we have begun to see one or two photos appearing online which show what the outside of the convention center looks like right now. The photos show decorations that look very much like the branding used on the invitations which were sent out to attendees, although this doesn’t really give the game away as to what we can expect to be shown off on opening day.

One area that does tend to give onlookers an inkling as to what Apple has in store is the internal decorations, and while we would assume that they are being erected alongside those on the external building walls, internal decorations tend to be a more closely guarded secret. Often depicting specific new iOS or macOS features, we’re unlikely to get a glimpse at anything internal until June 4th. 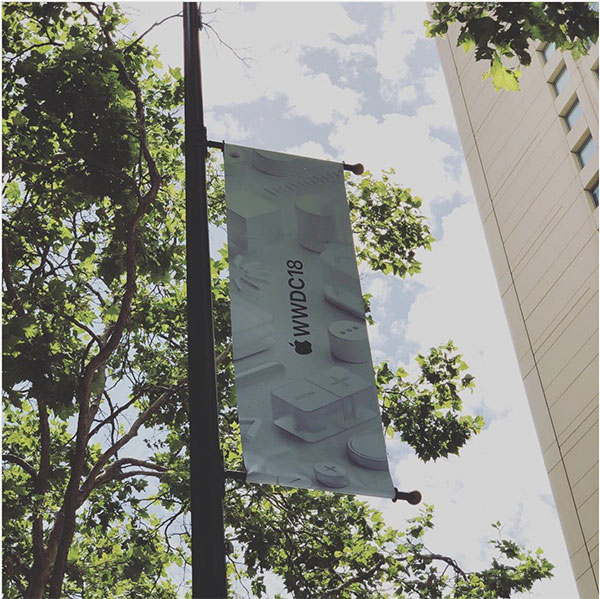 Beyond that, there are murmurings we could see a new iPhone SE and maybe even something iPad or Apple Watch related but if we’re honest, we wouldn’t want to hold our breath while waiting for any of that to happen next week.