WSJ: Next iPhone To Feature Improved And Thinner Screen

The famous Wall Street Journal seems pretty clued-up with regards to upcoming Apple products, and as well as offering a great deal of info regarding the supposed iPad Mini, the age-old publication has dished out plenty of info on the next iPhone. In the latest, the WSJ has speculated the Cupertino-based company will utilize new technology in the creation of the next iPhone’s screen, rendering it thinner than ever before.

The note was made via a Tweet on the WSJ’s official Twitter page, and since the screen will now be thinner than ever before, the subsequent form factor of the device itself has the potential to be the most svelte to date. The full report over at WSJ’s website notes the new screen is being produced by Sharp, LG and Japan displays, and would seem to corroborate the notion that the device itself is now at the mass-production stage.

We’ve already seen a leaked front bezel this week, which, along with indicating the device will indeed become longer, also depicts a centered front-facing camera. Although the repositioning of the camera makes precious little difference from a usage point of view, it does give the front of the aesthetics of the device a more uniform, symmetrical look.

According to DisplaySearch analyst Hiroshi Hayase, the technology "integrates touch sensors into the LCD, making it unnecessary to have a separate touch screen layer." This isn’t the first time we’ve heard these murmurs, and although the new technology only saves half a millimeter, this is significant given the depth of most smartphones are only several millimeters in the first place.

As well as saving valuable space and offering a slicker device to hold, Hayase reckons the new and improved technology would also up the quality of displayed images. The iPhone 4S already offers that beautifully crisp Retina display, with a dpi count toppling anything offered by rivals, so any improvement on that will be a huge bonus. 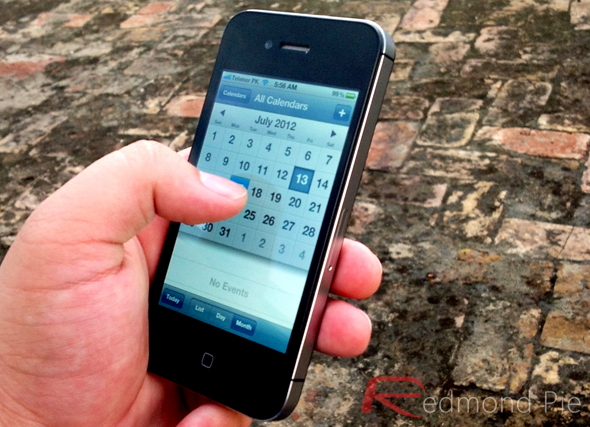 With the display said to be pushing the 4-inch mark, it will be alien territory for both Apple and its legion of iPhone devotees. As a big fan of the iPhone myself, I cannot wait to see the purported larger display, and with the device said to be arriving in October, let the countdown begin.