The next iPhone, naturally, has been a hot topic of debate in the blogosphere over the past couple of months, and with reports indicating the device – unofficially dubbed the “iPhone 5” – is currently being manufactured over in China, a new leak of the front panel has just surfaced over at Apple.Pro.

Besides the larger display – said to be around the four inch mark – the snap, which shows the front of both the white and black iterations, seem mostly unchanged from the current iPhone 4S composition. The only remarkable alteration appears to be the FaceTime camera, which, instead of being situated to the left hand side of the receiver, is now centered. This would make sense from an aesthetic point of view, making the device look a lot more symmetrical, while also bringing it in line with the iPod touch, which also has a centered front-facing camera.

Although there’s no way of confirming whether the device is currently in production, it would need to be starting around this time if it is to be ready by September / October time – a year after the release of the 4S. Last year’s launch of the device, the first, and as yet, only device to harbor the Siri voice recognition feature, broke the mold of the summer release period, and allowed the Cupertino company to really cash in on that lucrative holiday period. On this basis, it would seem likely Tim Cook’s company will be looking for more of the same, and with quite a few reasonable aesthetic changes already revealed along with the larger screen, the next iPhone could easily be the most successful yet.

Despite our apparent knowledge of what the device will look like, along with its larger display, there hasn’t been much uncovered in terms of innards. We don’t know, for example, if the camera will be improved, since although an upgrade has occurred with most new iPhones, the 8-megapixel snapper is rather impressive, and with most high-spec Androids offering a similar standard of for taking pictures and shooting video, there’s every chance Apple could persevere with what it already has. 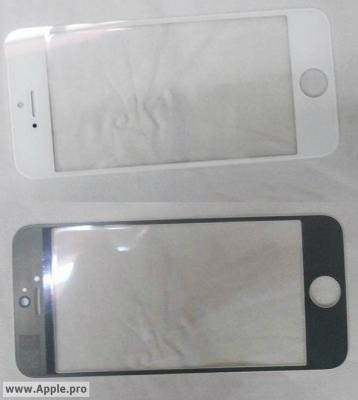 Aside from the camera, it will certainly be interesting to see if, and how much, the processor is improved. A quad-core A6 has been speculated, along with the A5X chip seen in the iPad 3, and although I would be inclined to pit the latter as the most likely, there’s no way of accurately gauging what Apple has up its sleeve.