Apple’s wireless earphones, the AirPods, have only been available to buy for a matter of days but seemingly everyone across the Internet is already predicting a flaw that will end up costing users money in the long run.

With the AirPods being completely wireless, there has been a concern since their announcement that they will be all too easy to lose. Now that people are getting their hands on AirPods around the world, that’s a worry that doesn’t seem to be going away even though multiple tests have proved that they stay in ears just find even when doing some physical activity at gym. 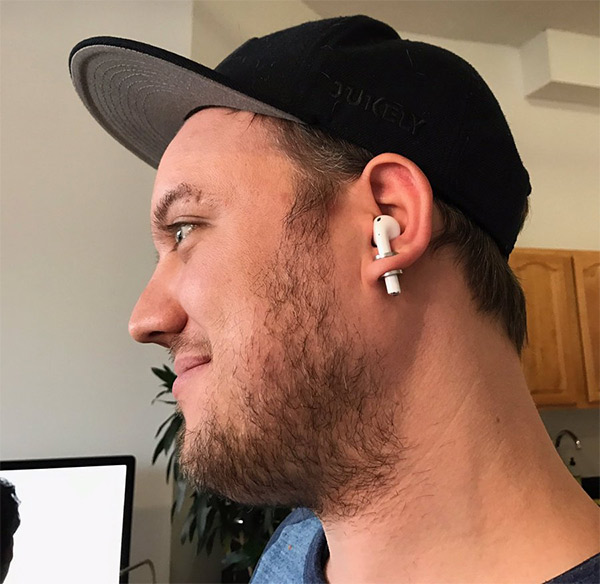 As the saying goes though, where there is a will, there is a way and one Twitter user and AirPods owner has taken matters into his own hands in an attempt to keep his new earphones as safe as possible and, importantly, just where he put them. It’s a bit extreme, but it’ll work.

Having already had ears with large piercing, ingenious AirPods owner devised a way to keep his earphones in place by having their stems sit within the holes in his ear lobes. They say that a picture says a thousand words, so the picture tweeted by Andrew Cornett should give you a good idea of what we’re talking about here.

We wouldn’t suggest anyone goes out and modifies their body in this way just to make sure they don’t lose one of their AirPods, but if you’re in a position to do this, there are probably worse ways of keeping everything safe and secure!

Apple’s AirPods, announced alongside the iPhone 7 in September, have only just become available to the public following multiple delays. At $159 and costing $69 to replace one earbud should it go missing, these are not inexpensive. Their fully wireless charging and operation may make up for that, but you’ll still need to keep an eye on where they are when they’re not being used. We suggest making sure they’re put safely in the included battery case when not in your ears.