Looks like there might be a iOS 9.3.5 / 9.3.4 jailbreak coming soon for those who have devices still stuck on those older firmware versions. Here are the details.

The jailbreak scene has been a little starved of attention of late, with the last public jailbreak released all the way back in July of this year when Pangu team popped up with a new jailbreak for iOS 9.3.3. Since then, there has been new iOS updates that have unfortunately been of no use to those who wished to keep their jailbreak, but it now appears that there may be light at the end of the tunnel for those who not only want to remain jailbroken, but also want to get the benefit of all the fixes and features that new iOS releases afford. 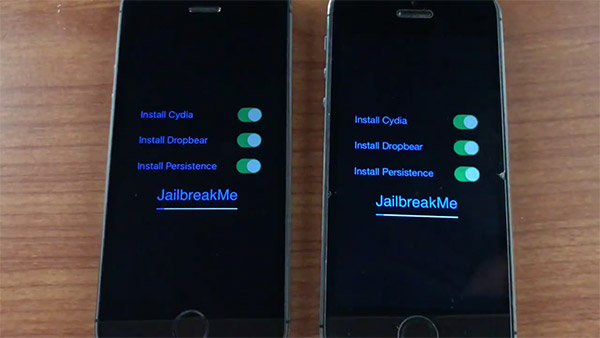 A new video posted by FriedAppleTeam shows what is claimed to be a pair of iPhones being jailbroken on iOS 8.4.1 and iOS 9.3.2. Impressively, iOS 9.3.4 is also jailbreakable via the tool depicted in the video, with support for iOS 9.3.5 also apparently in the works. While this jailbreak may not be useful for many as most people by this time have already updated to iOS 10.x, and Apple is no longer signing iOS 9.3.5/9.3.4, it will still be useful for those who are still rocking older firmware version on previous-gen devices for either performance gains, or other reasons.

As we told you recently, there’s a working root exploit available for iOS 10.1.1, which is arguably more exciting news than this one even though a full jailbreak tool based on the exploit has not yet been released, but appears to be coming soon.

What these new jailbreak tools and the people working on them show is that the jailbreak scene is far from dead. New tools and new jailbreaks continue to be worked on by those within the community, no matter how many versions of iOS Apple releases, despite whatever new anti-jailbreak code that goes into them. That’s excellent news for those who love their jailbroken iPhones and iPads, but perhaps not such exciting news for Apple.

We’ll keep our eyes open for future developments on these new jailbreaks, and indeed any others that should crop up. In the meantime, check out the video demo of the jailbreak in action: