Worldwide iPhone 6 Prices In 2016: Here’s How Much It Costs In 27 Different Countries

Have you ever made what seems to be a rather expensive purchase, but then wondered how much residents of different countries around the world would have paid for the same product? When you purchase an iPhone for example, you may feel like you’ve burnt a whole in your pocket just for a little bit of glorious Apple ownership, but would it make you feel a little better if you knew the hole was bigger for people located in other parts of the world?

World renowned Deutsche Bank is back once again with its annual ‘Mapping The World’s Prices‘ report, and gives us an insight into the difference in purchase price for an iPhone 6 in 27 different countries. 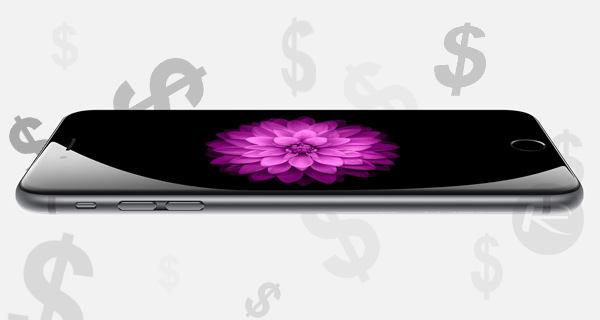 Not only does the report give an extremely interesting insight into the different pricing strategies for companies like Apple in various global cities around the world, but it also instantly shows us the cheapest place to replace an iPhone if we were to lose one when traveling. As an example, Deutsche Bank Strategist Jim Reid warns users that it’s unbelievably expensive to replace an iPhone 6 when on holiday in Brazil, India, Sweden, Denmark or Italy. In fact, in Brazil consumers can expect to pay $931 for an iPhone 6, a premium of up to 56% over purchasing the same phone in the United States.

The top ten most expensive countries to purchase 2014-released iPhone 6 in the year 2016 currently are as follows:

Of course, if you are a bit of a worldwide traveler, and you want to pick up some Apple hardware for a little bit cheaper than in your own country, then places like the United States, Japan, Hong Kong, Switzerland, Philippines, and United Kingdom are all in the top ten cheapest places to purchase an iPhone 6. Due to time zones, Australia is the first territory to benefit from new product releases and falls in a number 13 on the Deutsche Bank list with an approximate cost of $707. 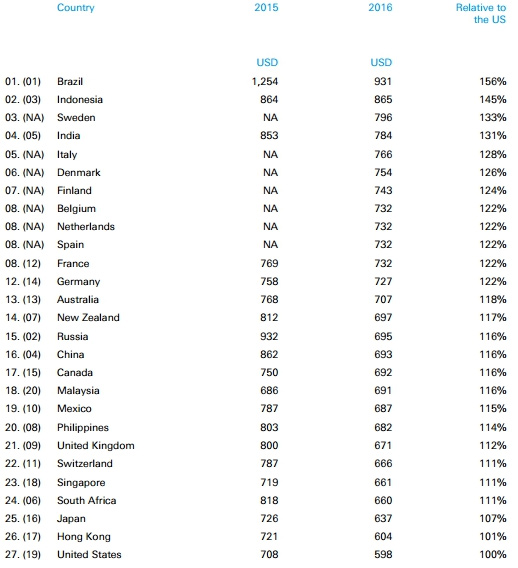 Next time you feel down in the dumps handing over an exorbitant amount of money for an iPhone just remember those unfortunate residents of Brazil who definitely have it worse than you.