It’s amazing what you can find if you go digging around in the session descriptions of workshops that are being ran through a company’s annual conference. It won’t exactly come as a surprise that Google is currently entertaining developers from all over the world in Mountain View during I/O 2016 conference. What may come as a surprise is the fact that there’s a workshop session dedicated to helping developers get the most out of their Android apps and software experiences on Google’s Chrome OS. In short, it looks as though the historical speculation was correct in suggesting that Android apps and the Google Play are coming to Chrome sooner rather than later.

It’s a little bit of a funny one. From the information available, it looks as though Google was all geared up to make the announcement during the opening keynote presentation of this year’s I/O. All of the wording on the session information points to the fact that Google had already “announced” the change, but it looks as though it had to be pulled from the opening part of the conference for one reason or another. 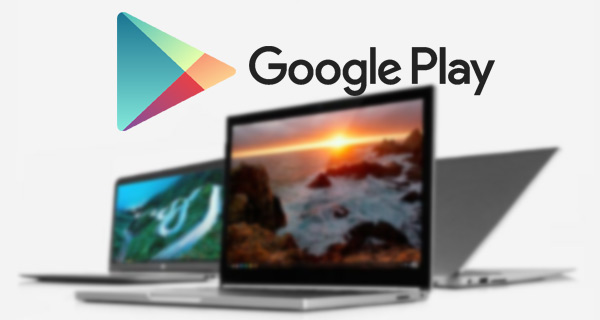 Maybe there were time constraints in place, and maybe Google just deemed it to be less important than other announcements. Whatever the reason, developers can still drop in on today’s session to get a head start on bringing apps to Chrome.

As spotted by 9to5Google, the session was announced by Google as follows:

Today we announced that we’re adding the best mobile app experiences in the world, Android apps and the Google Play store, to the best browser in the world, Chrome! Come to this session and test your Android apps for Chrome OS. You will get hands on help from our friendly engineers on how to optimize your Android app for Chromebooks. Oh, and we will also be giving the first 50 developers to show up a free Chromebook so they can get a head start bringing their apps to Chrome! 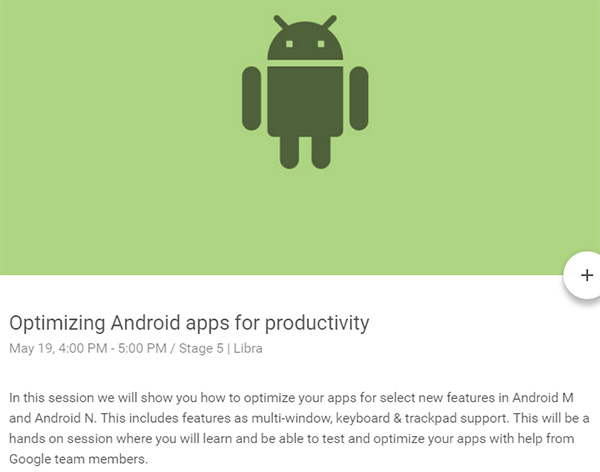 The workshop itself will be hosted by Luis Hector Chavez, who is one of the core members of the engineering team behind Chrome OS. Specifically, Chavez has been heavily involved in the developing the App Runtime in Chrome that will allow these apps to run. If that’s not enough of a reason for you to drop into the session, then Google is also giving away a free-of-charge Chromebook to the first 50 developers through the door.

Update: Google has now confirmed on day 2 of I/O 2016 that Google Play and its entire catalog of Android apps are indeed coming to Chrome OS. Developers will get their hands on this in June, while public will get the feature somewhere around September or October this year.