With Steve Jobs Having Stepped Down, These Are The Executives That Will Be Managing Apple! [IMAGE]

Today’s biggest news was Steven Paul Steve Jobs announcing his formal resignation from the post of CEO, Apple in an official press release. The news came as a big surprise leaving many devout Apple followers wondering about the future of Apple as an institute for innovation in digital and consumer electronics. 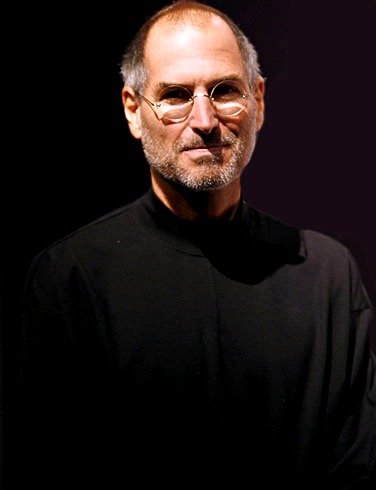 Steve Jobs, in his letter to the Apple Board of Directors, strongly recommended Tim Cook as his replacement. The Board did actually choose Cook to replace Jobs and he is now the CEO of the world’s most valuable company. Cook was expected to become the next CEO anyway, due to his important role as Chief Operating Officer. While Jobs was on his medical leave, it was actually Cook who was managing day to day operations. 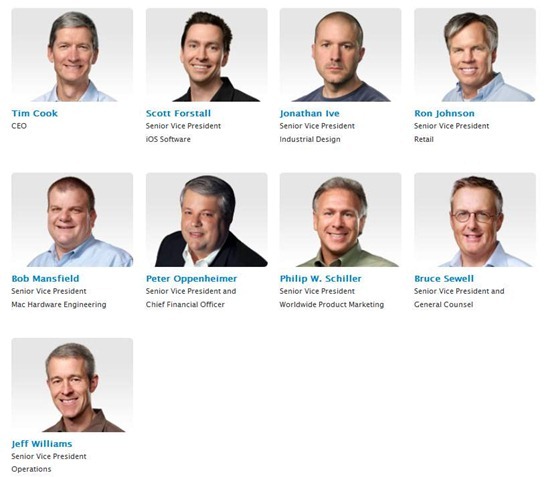 Apple, a few hours ago, updated their PR page for Executive Profiles. Tim Cook is, of course, listed as CEO while Steve Jobs is mentioned at the bottom as Chairman of the Board of Directors. Rest of the executives such as Scott Forstall, Jonathan Ive, Bob Mansfield and Philip Schiller maintain their previous positions as Senior VP iOS Software, Senior VP Industrial Design, Senior VP Mac Hardware and Senior VP Product Marketing respectively.

Although Apple is now indeed jobless, there really won’t be any difference between the Apple of Steve Jobs and Apple post-Jobs, at least to the customers. Steve Jobs currently maintains the position of Chairman of the Board, so Apple will still act like the Apple we’ve always known. New products will be launched and new technologies will be invented, just without the direct involvement of Steve Jobs. There are plenty of new Apple products expected in the next six months: iPhone 5, iPad 3, new iPods and maybe an Apple HDTV just to name a few.

Still, Steve Jobs will be missed. We first saw Bill Gates resign as CEO of Microsoft and now Steve Jobs has thrown in the towel. It is truly the end of an era.

We wish all the best to Steve Jobs. Love him or hate him, he really has revolutionized the consumer electronics industry with the Mac, iPod, iPhone and iPad. We cannot thank him enough for ridding the industry of pesky resistive touchscreens, messy and overly convoluted user experiences.

You can visit the Executive Profiles page here.