Whenever new beta releases of software are made available, there are often new features and changes that haven’t been announced but are nevertheless spotted. Two such features have popped up since the release of iOS 13 beta 3 and watchOS 6 beta 3.

Starting with iOS 13, the new feature isn’t actually available yet but it looks set to be added at a later date. That’s because 9to5Mac spotted new assets in the Setup app that runs when a new device is being configured. Those assets show devices connected via a cable, something that isn’t possible currently.

Right now, setting a new iOS device up involves either using iCloud or iTunes to restore a previous backup. You can use an old device to migrate settings, but data isn’t transferred. With this new image, it appears that iOS 13 will allow setup to take place via a cable, making configuration new devices faster and easier than ever.

Moving on to watchOS 6, the latest beta makes it possible to delete pre-installed apps for the first time. Deleting apps by tapping and holding until they start to jiggle before tapping a new “X” button is pretty intuitive. And it’s going to mean we can finally get rid of the apps we never use. We’re looking at you, Breathe app!

Not all apps can be deleted however, although the aforementioned breathe app is one that can. That’ll definitely be the first one out the door when we get watchOS 6 installed later this year. 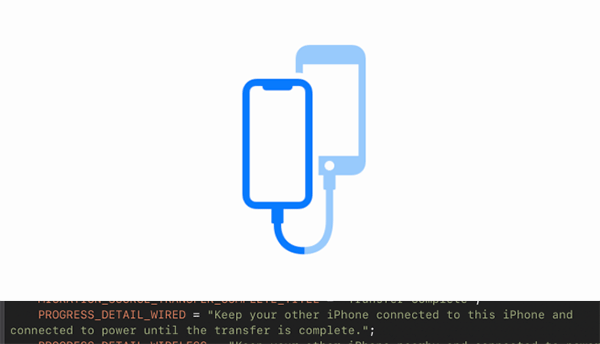