If you are dicing with the idea of going out and purchasing the fabulous new Windows 8 operating system from Microsoft, then it could be worthwhile getting on board with it earlier rather than later. Microsoft is planning on offering the Windows 8 Pro version at an initial promotional price point of $69.99 for early adopters, with the price finally increasing to $199 when that promotion comes to an end on January 31st 2013.

As part of their continuing attempts to offer the best possible value to customers, the Redmond-based software company will also reportedly offer a $69.99 option for Windows 8 users to upgrade to Windows 8 Pro through supporting retailing stores, something that once again will expire on January 31st 2013. For those of you who are wondering what happened to the previously reported $39.99 option, it still exists and relates to those users who are wishing to go down the Windows 8 Pro route by upgrading from a valid version of Windows XP, Vista or 7 through a digital download process rather than a physical installation DVD.

Windows 8 Pro will be available from participating retailers as of October 26th, giving users just over three months to get into gear and process their upgrades for the lower promotional price. Windows obviously has millions of fans and users around the world, but to me it seems rather strange that Microsoft has set the price of Windows 8 that high considering Apple has recently launched their most advanced operating system to date via the Mac App Store for just $19.99. There have been thoughts that Microsoft were concerned that users would simply pass Windows 8 by and stick with what they already have, rather than paying the upgrade price, with some thinking that the company would significantly lower the price to tempt users in. 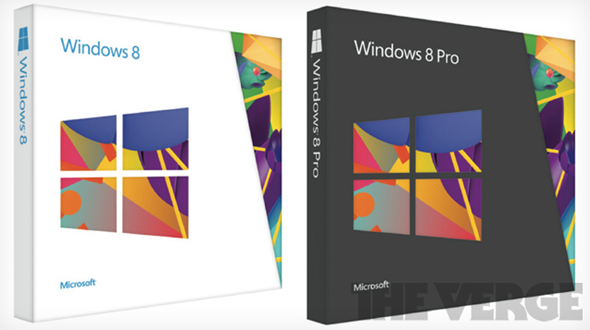 That obviously hasn’t happened with the $199 final price being more in line with the sale price of previous releases of Windows, which could mean that they don’t have that concern about the uptake. Apple on the other hand took the opportunity to almost guarantee user adoption of Mountain Lion by offering it at such a low and attractive price point, more than likely due to sales of OS X 10.7. If Windows 8 Pro is part of your shopping list for the future, then make sure you get the relevant dates penciled in now.