I have to be honest from the start here and state that The Disney Channel is not one of my preferred channels of choice, and while I might have accidentally flicked onto it while channel surfing, I have never actually spent any significant amount of time seeing what it has to offer. I’m pretty sure that it will offer some entertaining and possibly educational content to youngsters who are kept mesmerized by bright colors and loud noises, but it seems that the Shake It Up sitcom that is available around the world on the channel has a rather concerning message to our children who are essentially the developers of tomorrow.

Granted, Disney is probably not aiming this show at people of my age-bracket. In fact, it would be worrying if they were considering the mind numbing content. But in one particular episode of the show, which follows the exploits of a bunch of kids who are attempting to become the next big thing in the dance world, a reference is made by the resident Shake It Up computer expert about the evils that come attached to using open-source software. The embedded 30-second clip of the episode is more than enough time spent watching this show for my liking, but the crux of the situation seems to be that a virus has made its way onto a few computers belonging to the show’s characters and they are seeking the help of a rather annoying looking stereotyped nerd to remove it. 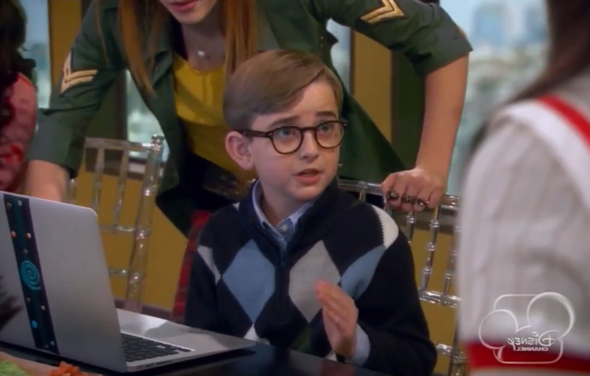 Now, if this was me and my computer was infected with some kind of virus, my first port of call wouldn’t be a small child with a rather misguided view on the open-source community. Tracing the source of the infection and taking the necessary steps to eradicate it and protect myself from its reoccurrence would probably be the top of my list of to-dos, but unfortunately this wasn’t the case on the show. Rather than calmly diagnosing the issue and offer a resolution, the boy in the know basically asks "did you use open-source code to save time, and the virus was hidden in it?".

The clip of the show that is currently available on YouTube doesn’t show us the outcome of the conversation, only that the pre-teen computer whizz describes using open sourced code as a "rookie mistake". I hate to be the bearer of bad news for this little fella, but someone should really tell him that the company who pays his wages have recently contributed to the open-source community with the release of some of its production-based software. Not such a rookie mistake after all.