With Apple’s OS X Lion retailing at a very reasonable $29.99 last summer, Microsoft has re-thought the pricing structure for its upcoming Windows 8 operating system. Hitherto, upgrading to the "Pro" variant of any Windows version has been a costly affair, but it will not be the case this time around for existing users.

Of course, it’s not really just Apple’s OS X Lion, and the even-cheaper Mountain Lion that has got Microsoft to re-think its price point – the Redmond company wants to get as many PC users running Windows 8 as possible as it changes the face of its OS with the biggest Windows overhaul to date.

Those hoping to upgrade to Windows 8 but apprehensive of how much it might end up costing will be pleased to know the Windows 8 Pro online upgrade will cost a mere $39.99, whilst a physical copy will weigh in at a cent under seventy bucks at $69.99.

As you’ve probably heard, there’s currently a $14.99 upgrade deal for those purchasing a Windows PC in the build-up to the Windows 8 release, but this particular promotion is accessible to those running XP, Vista or Windows 7.

The generosity isn’t indefinite, and there’ll be no time to waste if you do wish to upgrade since the promotional offer only runs until the end of January next year. The price after 31st January next year will likely be considerably higher, so the incentive will help to tip the fence-sitters towards the Metro-laden latest iteration. 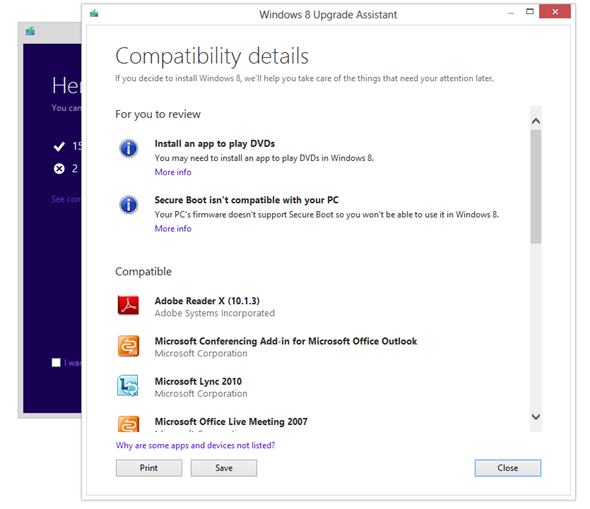 The offer will apparently available to 131 markets, with more details releasing closer to the launch. According to the Windows Team Blog, an upgrade assistant will help those running older versions of Windows to upgrade to Windows 8 Pro.

The Windows 7 upgrade process will be rather simple, and will allow one to migrate all files, settings, and applications onto the new OS. Files and settings (not applications) from Vista will be movable, while those running Windows XP will only be able to transfer files, but this makes sense given the age of the OS.

Also, even if you download online, you can buy yourself a backup version for $15, which is, might I add, still cheaper than going to the store and purchasing Windows 8 Pro, but of course not cheaper than backing up your downloaded file(s).