Microsoft is on the verge of the Milestone 2 completion of Windows 8 and there’s already a leaked screenshot floating around the Internet from the next generation Windows.

The leaked screenshot, courtesy of Zukona who is known for providing genuine pre-release information on Windows betas, shows a minor improvement in Windows Update, providing you with a "restart if required" option before you proceed with the updates. The screenshot is from build 6.2.7930.0.winmain_win8m2.110217-1825 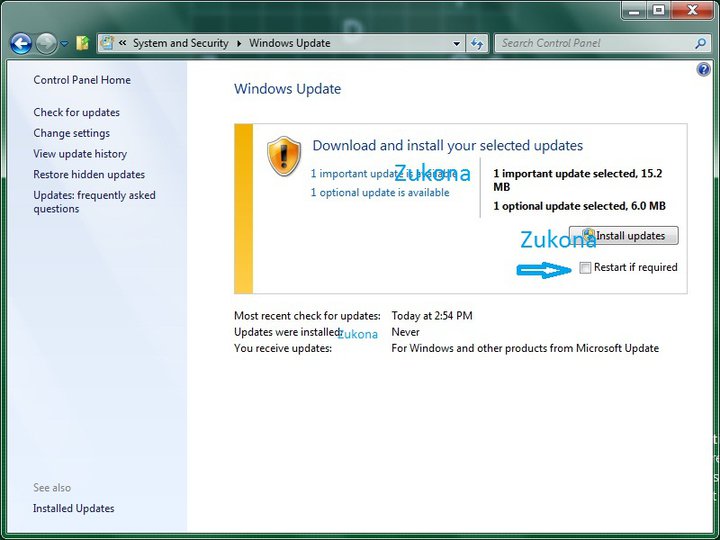 The screenshot is cropped to show "Windows Update" window only and doesn’t have rest of the GUI so there aren’t any GUI improvements we may speculate of. Microsoft will begin with the Windows 8 Milestone 3 end of February which will just be a step away from Windows 8 beta release.

Sources tell that Windows 8 ARM-compitable version is expected to release first with tablets followed by a release for the desktop.