Windows 7 has been a powerful success for Microsoft. As an evolutionary upgrade to Vista, it patched almost all of Vista’s glaring holes: broken driver support, sluggish performance and the horribly annoying User-Account Control. It sold more than 240 million licenses in one year and its next release will, according to Ballmer, be Microsoft’s riskiest product bet yet. 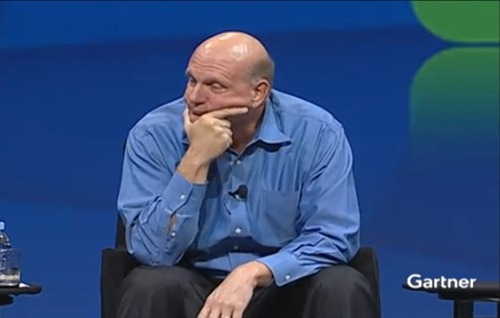 Windows 8 is expected to be another evolutionary release to the Windows product line. We’ve heard of true instant-on (even better than the one in the new Macbook Air), a Windows Store for downloading software, cloud services support and face detection as a security option – all evolutionary, nothing revolutionary.

Revolutionary would be an entirely new booting system / kernel, an all new registry design and an all-new interface design that takes Microsoft right back to the drawing board – starting from scratch a la Windows Phone 7. But yes, it would be a rather dumb move to implement all this in one fell swoop..

So in retrospect, Windows 8 / Windows Next shouldn’t be a risky move as long as Microsoft gradually adds new features instead of, say, going the way of the Cheetah.

Watch Steve Ballmer in all his eccentricity in the video embedded below: