One of the more favorable features Microsoft included with Windows 8 was trackpad gestures, allowing users to navigate more quickly and, in turn, become more productive and efficient as well. With the upcoming Windows 10, the software maker will be adding quite a few more gestures to the current repertoire, with emphasis apparently being placed on power users.

Power users account for a large portion of the Windows user base, and Microsoft recognizes this as it moves forward with Windows 10. During the announcement of the new OS, which is set to launch at some point in 2015, no secret was made of the desire to cater to enterprise in particular, and with power and business likely to cross over, the new trackpad gestures will go down well with both groups. 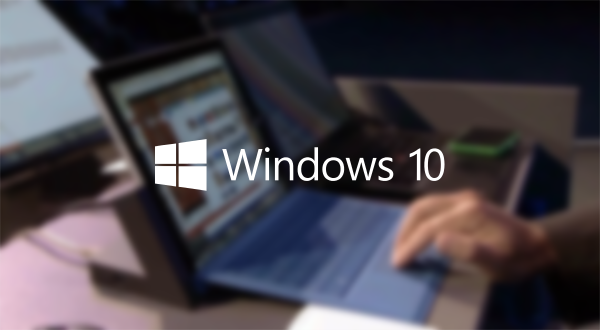 The idea has essentially been ripped from Apple’s MacBook, but there’s no argument that the gestures offered by OS X make for a much more fluid, seamless experience. Not only are they a delight to use, but they’re functional too, and if you’re the type that perpetually works on a deadline, you’ll know that every potential stutter can cost valuable minutes.

Today, Microsoft held a brief keynote at TechEd Europe, and Windows lead Joe Belfiore offered onlookers a glimpse of the new trackpad gestures. One, a three-finger downward swiping gesture, allows a user to minimize all open windows, while an upward swipe with three fingers will maximize them once more.

Gestures can also be used to throw up the Task View, which bears striking resemblance to Mission Control on Mac, while users can also flit between apps using a three-finger sideways gesture; again, a straight lift from OS X.

Microsoft’s decision to essentially borrow features from OS X may well irk Apple, but it’s not as though these two titans haven’t engaged in this behavior for decades, and while both Windows and OS X bear striking similarities in places, they are, still, very much separate for the most part.

So, as of Windows 10, users will enjoy multi-touch trackpad gestures, and although Microsoft has only offered a brief look at what’s in store today at TechEd, it’ll certainly change the user experience on Windows 10 notebooks for the better.

Check out the video below and tell us what you think.