It looks like the Software giant may have inadvertently answered part of that riddle by posting, and subsequently deleting, a blog post with the title “Microsoft announces Windows 10 anniversary update available Aug. 2“. Anyone for an August 2nd Windows 10 update? 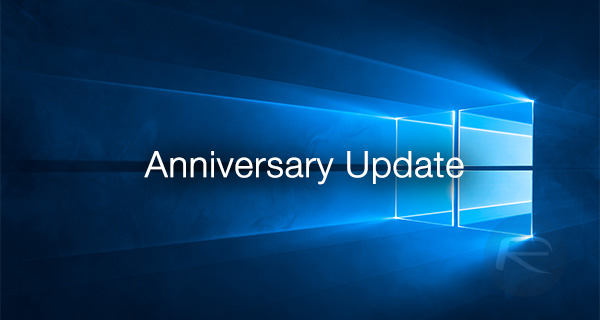 We can’t exactly take that date as an “official” confirmation just yet, but it’s a fairly good sign of when it’s about to come. In reality, it would appear that someone within Microsoft accidentally pressed publish on the blog post a little ahead of the actual plan. There is of course a chance that the date shown is wrong, but at the very least we can expect an official and formal announcement on the availability of Windows 10 Anniversary Update to come out from Microsoft very soon.

So, we have a good indication of the approximate time that the update will arrive on, but what about the improvements and feature additions contained within? The update itself was originally announced during the company’s annual Build conference back in March of this year.

The primary focus of this update will be Windows Ink, with the intention being to integrate additional features and improvements that will provide users with a more powerful experience when interacting with Windows 10 content through a stylus. Given the number of different device types that Windows 10 is available on, it makes perfect sense that Microsoft is looking to improve that input type.

Additionally, Microsoft will also focus engineering resources on making improvements to Windows Hello as well as Cortana – the company’s voice activated digital assistant that is starting to become a pivotal part of the Windows 10 experience. The company will also introduce extensions to its web browser, Edge, which will allow additional functions to be added to the browser through third-party developer extensions.

When it arrives, the Anniversary Update will be free to everyone who already have Windows 10 installed, but will require a payment of approximately $119 for those looking to upgrade from earlier versions of Windows.