If you have a 3D Touch compatible iPhone, then iOS 10 looks all set to introduce a new feature that will afford you with the ability to prioritize the downloading and installation of apps when restoring from an iCloud backup.

The availability of iCloud backups has meant that iPhone and iPad owners have been provided with a lot more power and flexibility from a backup and restore perspective. Truly portable system restores are now available thanks to the fact that an active Internet connection is all that’s required, rather than access to iTunes. iOS 10 looks to take that further by solving one of the main pain points of that process. 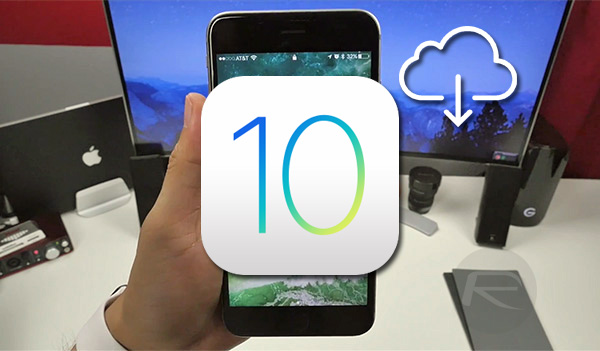 Anyone who has been through the process of backing up and restoring their iOS device on the move from iCloud, will have likely come across the problem. Not only can it take a lot of time to restore the system and install all of the apps that were previously installed, but it also more often than not seems to be the most commonly used apps that are last in line to get installed as part of the process.

Now, a Reddit user by the name nite_, seems to have discovered a new “Prioritize Download” Quick Actions option that allows users to stipulate the apps that should be restored as a priority.

This new feature essentially means that if you have a hundred apps being re-installed, but know that you need access to Facebook and your banking apps as quick as possible, then you can use 3D Touch on that icon to invoke a new Prioritize Download option. That will then ensure that the chosen apps are installed before the other ones that have been queued. 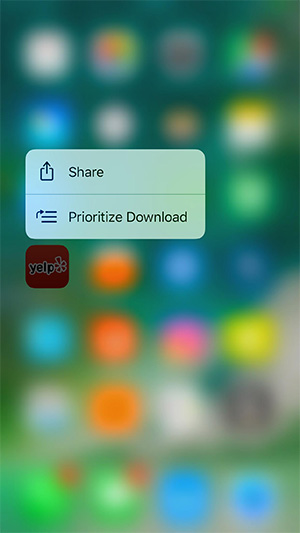 Of course, the downside to this is that in its current format, it looks as though the feature will only be accessible to the 3D Touch capable iPhone 6s/iPhone 6s Plus and of course the September-bound iPhone 7/iPhone 7 Plus.