Will iPhone 8 / X Wireless Charging Work With Case On?

Will iPhone 8, iPhone 8 Plus or iPhone X wireless charging feature work with case on? Here we try and answer that question.

As of Friday’s release of the iPhone 8 and iPhone 8 Plus, Apple finally has a device in the smartphone market that is capable of taking advantage of wireless charging or, to be more accurate, inductive charging. While it is, of course, very true that there have been devices charging in this manner going all the way back to the brilliant but ultimately ill-fated Palm Pre, the arrival of inductive charging in the iPhone lineup is one that should not be underplayed. 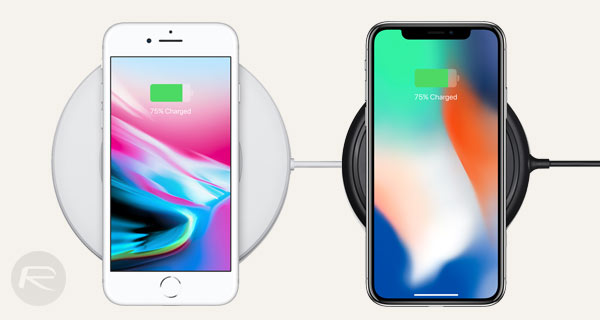 Apple’s halo effect alone should see a huge update in the number of wireless charging pucks made available to the masses. That’s great news for those of carrying Android and other devices around just as much as it is for new iPhone owners.

What it does mean, though, is that there are plenty of people new to the technology who have questions regarding what it can or cannot do. Without a doubt, the most common question right now appears to be whether the iPhone 8, iPhone 8 Plus, and indeed the iPhone X, can be charged via induction charging even while they have a case on them. Anyone who has used inductive charging with other phones will rightly answer that yes, cases will not be a problem so long as they are not very, very thick. Apple apparently wants to make sure that everyone knows this fact, though, because it has now updated the store page for its iPhone cases to reflect the fact.

The arrival of the iPhone 8 and iPhone 8 Plus has been somewhat overshadowed by the impending release of the iPhone X, but both newly released phones are impressive in their own right.

The addition of inductive charging alone is a big one, and while it will arrive on the iPhone X as well, those not wanting to splash a thousand dollars on a new smartphone can be content in the knowledge that inductive charging is here right now, and they don’t need to worry about their cases, either.