Why Wait For iOS 9: Get ‘San Francisco’ Font On iPhone Now, Here’s How

Apple is reportedly set to bring its San Francisco font to iOS and OS X following its debut on the Apple Watch and new MacBook’s keyboard. With beta releases of iOS 9 and OS X 10.11 likely to come out of WWDC 2015 we shouldn’t have to wait too long to see what the switch from Helvetica Neue looks like, but what if you not only want to see it, but want to experience it right now?

Below we have the steps required to install the San Francisco font as the system font on an iPhone, replacing Helvetica Neue throughout iOS. The steps will, inevitably, require you to be jailbroken so if that isn’t your cup of tea, look away now. 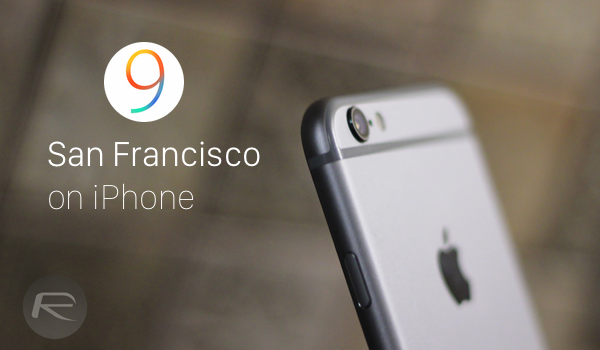 If you are jailbroken and fancy a change of font then follow along below.

Step 1: Launch Cydia before searching for and installing BytaFont 2. 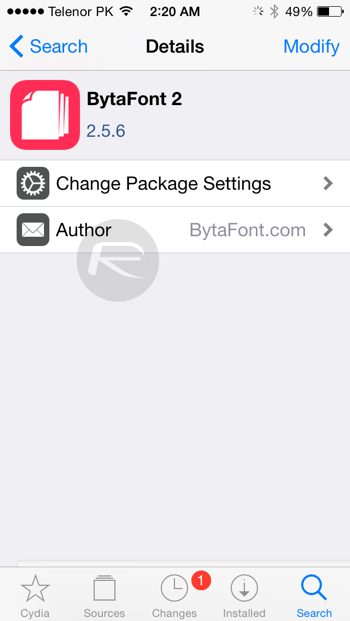 Step 2: Once BytaFont 2 is installed then you need to install the San Francisco font onto your device, and to do that you need to add a new source to Cydia. The source you need is http://dbk1ng.myrepospace.com. Add it by tapping ‘Sources,’ then ‘Edit’ and finally ‘Add.’ Cydia will refresh at this point and then put you back at the sources screen. 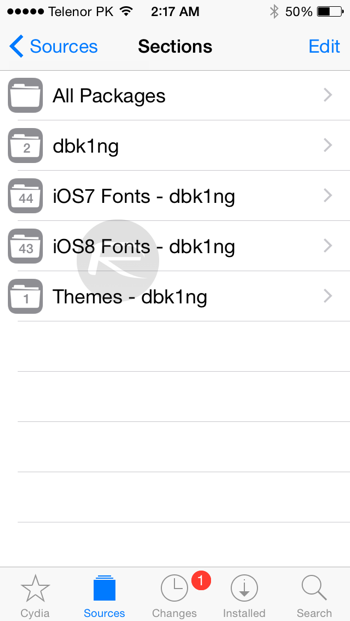 Step 4: In here you will find a few fonts, but the two we are interested in are ‘San Francisco iOS8’ and ‘San Francisco Display.’ The latter is a slightly weightier version of the former. It’s up to you which to go for and there’s no reason you can’t try them both as far as we can see. 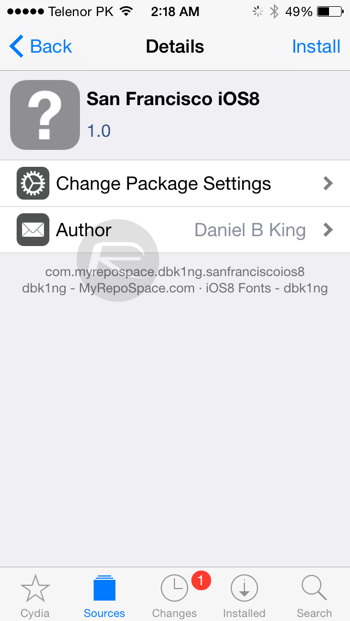 Step 5: Head on back to your home screen and launch BytaFont 2. Now tap the ‘Swap Mode’ button at the bottom of the screen.

Step 6: Tap ‘Basic’ followed by the name of the font you want to try. BytaFont 2 will ask for confirmation and then go off and do its thing. 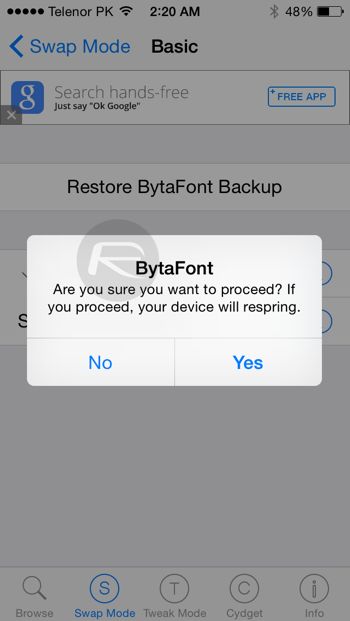 Step 7: Following a respring, you’re done. Your system font will now be San Francisco, whichever flavor of it you chose.

If you want to revert back to the default system font – Helvetica Neue – then simply launch BytaFont once again from your device’s home screen, and select the ‘BytaFont Backup’ under the ‘Swap Mode’ tab. 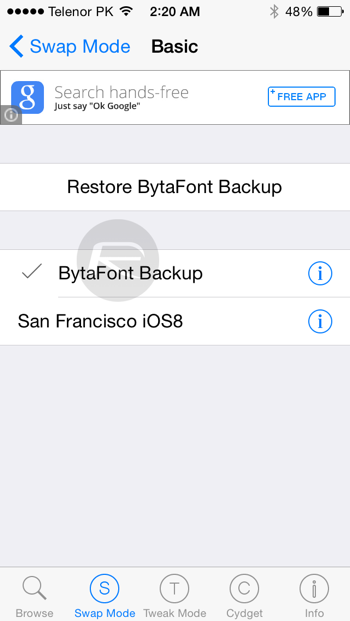 Now you’re living in the future, waiting for all us non-jailbreakers to catch up! Enjoy your new font. 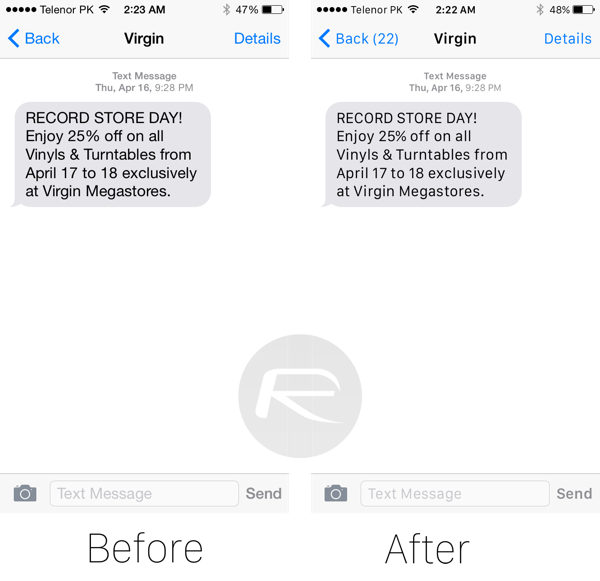 Want to get this system font on you Mac? Follow: Get Apple Watch ‘San Francisco’ Font On Mac OS X Right Now, Here’s How