What Happens When An iPad 2 Meets Molten Lava? [VIDEO]

There’s certainly a perverse pleasure in destroying electronic gadgets. Although old computers and CRT monitors falling off office blocks is a great stress alleviator, watching an iPad 2 disintegrate in a pool of molten lava is enough to put any ardent techie on edge. 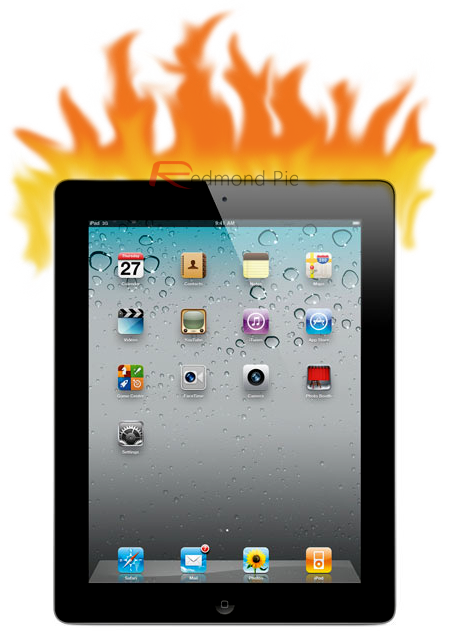 Accessory maker ZooGue wanted to find out what happened when iPad met lava, (and doubtlessly gain a little publicity and custom), so headed over to Hawaii to carry out their madcap thesis. The result? Well, we’re sorry to say, despite being a pretty hardwearing and well-assembled tablet, it didn’t make it.

With the recent reports of iPhones going up in smoke, spontaneously combusting in consumers hands and pockets, we already know the Cupertino company’s products don’t respond well to a burst of heat.

After hoisting it over the lava, teasing for a while, the iPad 2 did not seem happy, and used the feared exclamation warning screen to portray this. Those futile please for mercy fell on deaf ears though, and the device was subsequently dropped in like a fish into water to burn and very swiftly melt.

To be honest, if you’re an iPad owner, this could be a pretty harrowing video, and you should certainly treat your device to a nice new cover this holiday season to make it feel loved and valued. Additionally, this is an isolated incident, and we don’t know of anyone else mad enough to purposely destroy an iPad 2. Whew!

At least the ZooGue crew had a steep, scary climb.

This isn’t the first, and certainly won’t be the last time someone decides to destroy an apparently functional gadget. Computer tossing has become an institutional favorite, and you can find various videos on YouTube of people destroying Xboxes and whatnot with sledgehammers and pick-axes.

It’s only fun when it’s not yours, so if you’re suffering from a little lag, or are on a losing streak on Call Of Duty, dust yourself down and kick some ass.

Don’t let it turn you into a gadget assassin!