We all know Apple’s iPhone range is one of the most popular within the ever-broadening smartphone market, and with solid features allied to a sleek exterior reeling in customers year by year. 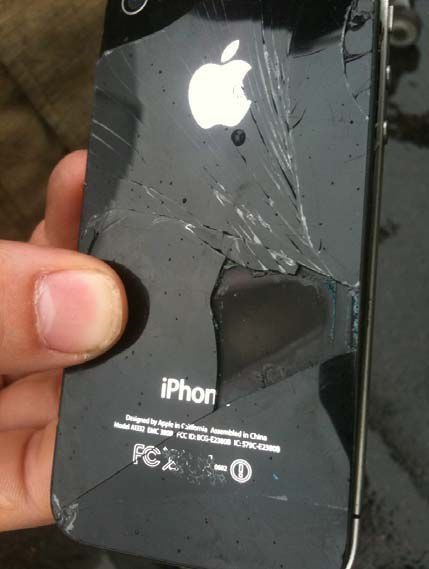 Customer satisfaction is something taken really seriously by Tim Cook’s company, and it seems consumers are pretty happy with their iPhone devices – topping pretty much every customer satisfaction study, and keeping retention rates a great deal higher than competitors.

One customer who certainly won’t be satisfied, though, is an unfortunate air passenger travelling from Lismore to Sydney. As the plane grounded at its Australian destination, the iPhone, "started emitting a significant amount of dense smoke, accompanied by a red glow."

It is not known what was at fault in terms of the components, nor has it been revealed which specific device it was – which could be of great significance. For if it was the two-and-a-half year old iPhone 3GS, there’s a lot more margin for error (older device, technology etc.), whereas if the iPhone 4S, for example, was found to be randomly catching fire on a larger scale, it could spell disaster for Apple’s already somewhat hindered promotion of the new device.

The iPhone 4S’s battery has been of quite some concern, with some users reporting depletion of up to 10% per hour with the device on standby. Of course, (assuming quite a degree of unattainable knowledge) if this combustion issue is battery-related, it would completely obliterate the fruit company’s claim that it’s purely software-related, and would certainly cause a bigger stir than the antennagate scandal of last year.

The airline followed standard safety procedures in order to extinguish the red glow, ensuring nobody aboard was harmed. The device is currently under analysis by the Australian Transport Safety Bureau.

This incident isn’t too dissimilar to something which occurred a few years back when an iPod touch burned through a child’s trousers, causing him minor harm to his leg. A lawsuit ensued from the boy’s mother (Apple has become more than accustomed with the circles of litigation over the past few years), but as yet, nothing has come of it.

Let’s hope the eventual release of iOS 5.0.2/iOS 5.1 will amend the battery woes.