watchOS 6 Compatibility With Apple Watch: Here Are The Supported Models

Apple announced watchOS 6 during the WWDC opening keynote and as ever there’s a lot to look forward to. More so this year than most thanks to the on-device App Store and other features designed to free the Apple Watch of its iPhone tether.

Apple didn’t make clear which Apple Watches would support watchOS 6 during the event, but a full compatibility list is now available. 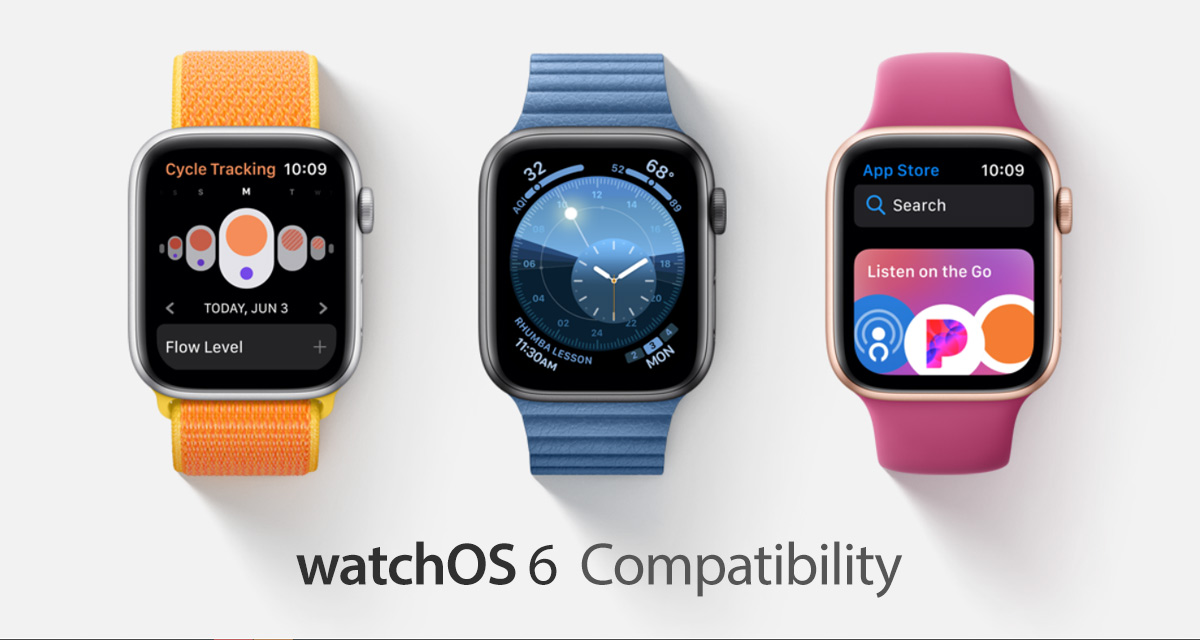 When Apple announced watchOS 5 last year it killed off the first generation Apple Watch. Affectionately called the Apple Watch Series 0, that older watch simply doesn’t have the power needed for modern watchOS releases. As is to be expected, watchOS 6 is no different.

Beyond the Apple Watch Series 0 however, all other Apple Watches are going to be supported by watchOS 6. That means all devices running watchOS 5 can be updated once the watchOS 6 update goes live later this year. The only potential compatibility issue is that you’ll need an iPhone 6s or later to perform the upgrade. Last year’s watchOS 5 only required an iPhone 5s or later.

Apple is currently allowing developers to test watchOS 6 with beta 1 having been available for a number of days. If previous years are any indication the final public release of watchOS 6 will come at some point in September, alongside new releases of iOS, iPadOS, macOS, and tvOS. All also have their own beta programs running currently.

If you do have access to watchOS 6 beta 1 we’d suggest not installing it unless you’re a developer who needs to build apps against it. We’ve already heard some pretty bad stories about its reliability.