There has been a lot of talk over the last few days about the iPhone’s tenth anniversary, followed by even more talk about what we now know was a prototype iPhone whose interface closely resembled the Click Wheel used by iPods of the time.

The prototype was the brainchild of iPod creator Tony Fadell, and as we all know the final iPhone received a completely new interface – the one we have all become so familiar with over the last ten years. Today, Sonny Dickson shared a video in which Fadell’s P1 prototype is compared with another, worked on by Scott Forstall – the P2 prototype. 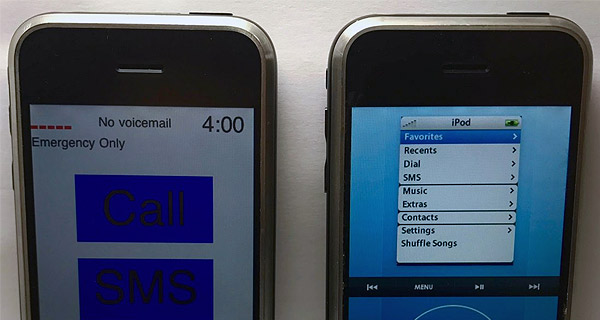 Throughout the video it is clear that the P1 interface was never going to work, but this is why these prototypes are created in the first place.

Of course, the iPhone P1 and iPhone P2 prototypes were both running similar hardware underneath, along with the same underlying OS, that was the Acorn OS as was shown in the earlier P1 leak. Similar they may have been, but both ran through rigorous trials over the course in a bid to gain Steve Jobs’ approval.

The P1 project is Tony Fadell’s project. The P1 iPhone is essentially an iPod OS on a touch screen device. At the time, the iPod had control of the market and people were very comfortable with the device. Then there was the P2 project, Scott Forstall’s. Contrary to the P1 interface, the P2 OS used individual icons to interact with the phone rather than a scroll wheel. It was the first true touch and app driven phone experience.

The P2 loads octopus whereas the P1 has the iPod classic logo. The P2 takes a significantly longer to load because it actually has a real OS, whereas the P1 takes much less time since the OS is slimmer. 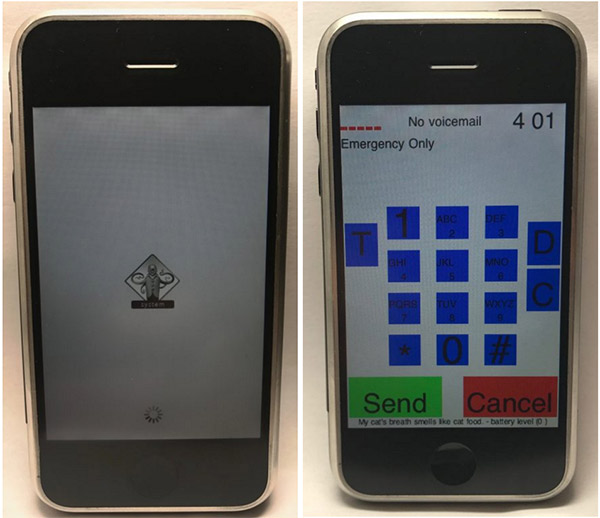 Of course, the design of any major product always needs to have multiple possibilities when it comes to not just software, but hardware. We know that when a new iPhone is being designed today, Jony Ive and his team have multiple possible designs in the works at any one time. The news that the same thing occurred when the initial iPhone software was being created should come as no surprise to anyone, and we’re just pleased that the iPod Click Wheel soon died on the vine, with Scott Forstall’s P2 interface eventually winning Jobs over and came to become the modern smartphone we know today.