As we trundle our way through January and with CES now over, attentions for fans of Apple’s iPhone are now turning to WWDC 2017. We’re still some way off the developer event during which we expect to see iOS 11 for the first time, but that never stopped us getting all gooey eyed over what we think, or at least hope, Apple will bestow upon us with the next big release of iOS.

That also means that the concept videos of what iOS 11 could look like are beginning to pop up, with one taking the Apple Watch interface and adapting it for the rumored large OLED screen of iPhone 8. 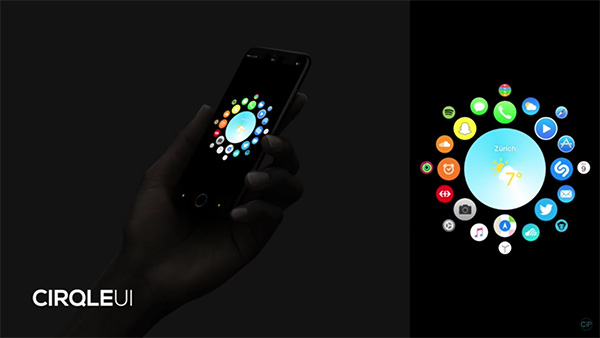 Dubbed CirqleUI, this concept of iOS 11 has a familiar, yet completely new look and feel to it. The familiar rounded icons of the Apple Watch are in attendance, and the rounded aesthetic makes its way to Control Center as well, with the square panel we know currently replaced with a semi-circular interface that allows for more information and icons to be displayed on-screen without the whole thing becoming too crowded.

Folders, in-app navigation and more also get a facelift as part of the three-minute video, and anyone who’s interested in either design or just thoughts on what iOS 11 could look like should check the full thing out. It makes for interesting viewing indeed.

Now, we would be more than a little surprised if Apple’s interpretation of iOS 11 is anything like CirqleUI, but that doesn’t mean that there aren’t things that Apple could take from this concept and bring to iOS proper. We’re fans of the ability to steal battery life from one device in order to power another for example, though that is possibly more of a potential iPhone 8 feature than something iOS can bring to existing iPhones. The concept does also give us a minor glimpse at what an iPhone 8 could look like, but the software is where this concept really focusses.

We can’t wait to see what iOS 11 has in store for us, whether it ends up looking anything like CirqleUI or not. Bring on WWDC!