Apple has today made available for download iOS 10.2.1 beta 3 to individuals registered on the company’s developer program.

This release instantly puts iOS 10.2.1 onto its third beta seed, with Apple’s engineers looking to continue the progress of the platform as they look to get the software in a position for a public release across all compatible iPhone, iPad and iPod touch devices. This latest beta of iOS 10.2.1 comes approximately two and a half weeks after the second beta was released, and approximately three and a half weeks after Apple initially put iOS 10.2.1 out to test with developers with beta 1 release. 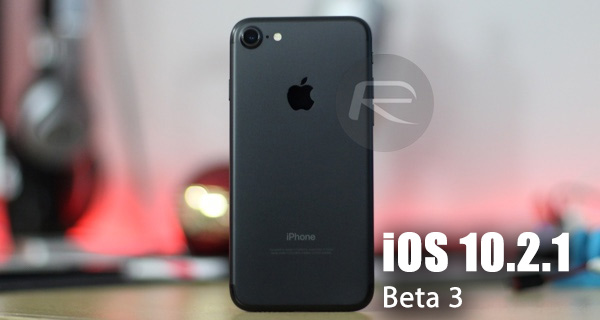 Just like the previous betas of iOS 10.2.1 that have come before this one – build numbers 14D10 and 14D15 – this third beta release doesn’t instantly look to contain any notable changes from a functionality and features perspective. It’s safe to say that developers won’t actually have much to sink their teeth into, and will rather be looking to see if any bugs have been eradicated and if their own software and apps play nicely with the latest changes made under-the-hood.

While beta 3 isn’t available to public testers yet, it’s only a matter of time until Apple issues it to those individuals registered on the Apple Beta Software Program. The company will be hoping that the extended testing pool will allow it to not only receive a higher number of issues being reported, but also get the firmware across the finish line quicker in order to provide a full and final release for compatible iPhone, iPad and iPod touch devices globally.

As always, for those who are registered on the Apple Developer Program, and who are interested in testing out not only what’s new in iOS 10.2.1, but how their own apps work with the software, the third beta can be downloaded and installed right now. 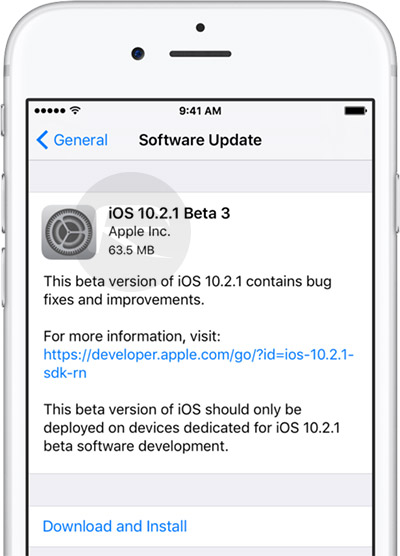 Devices with an existing beta configuration profile installed can head directly over to the Software Update mechanism via the native Settings app (General > Software Update) and grab iOS 10.2.1 beta 3 as an over-the-air download. The IPSW file can also be downloaded from Apple’s Developer portal at developer.apple.com for those who wish to go through the process of a full and clean manually install using iTunes.