iOS 10.2.1 beta 2 download is now live and ready to be installed on compatible iPhone, iPad, and iPod touch devices.

The release of the second pre-release seed of iOS 10.2.1 follows approximately six days after Apple first started testing this particular version of iOS, and just over a week since Apple publicly issued iOS 10.2 final version to iPhone, iPad and iPod touch owners with a compatible model capable of installing and executing iOS 10. Last week’s public release of iOS 10.2 was really where the magic was at, not just for Apple, but for those consumers with a compatible device installing it to get the most out of the features and functionality included within. 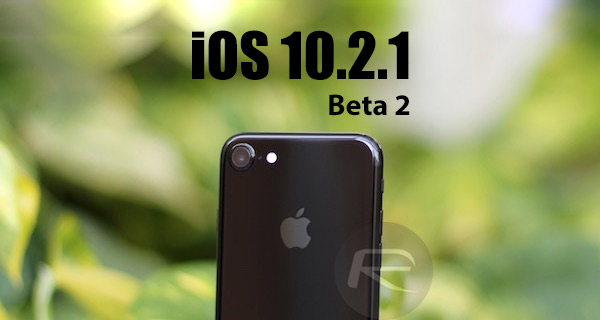 As you can imagine, iOS 10.2.1 is much more of a smaller point release, and therefore doesn’t contain all of the panache and outward-facing changes that users benefited from with iOS 10.2. In fact, this particular release is all about continuous improvement, eradicating bugs and enhancing the end-user experience where possible.

To that end, rather than breeding excitement about what Apple has potentially integrated within iOS 10.2.1, what we actually have is a rather large installation that looks to take the work introduced with iOS 10.2, and continue to build on top of that foundation to ensure that the overarching iOS 10.2.x experience is a positive and user-friendly one.

As always, the latest build of iOS intended for developers, which in this instance is iOS 10.2.1, is available to download immediately over-the-air (from Settings > General > Software Update) for those device owners with a beta configuration profile installed on their devices. 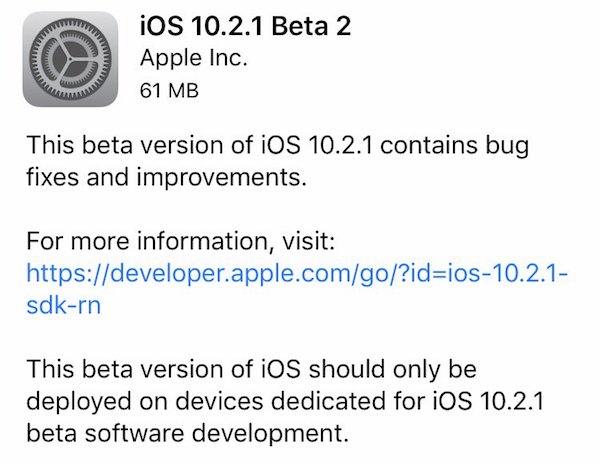 For those that prefer getting iOS 10.2.1 installed on their test devices using an old-school process, the latest beta 2 IPSW file can be downloaded from Apple’s developer portal provided you are a registered and enrolled member of the Apple Developer Program. Once downloaded, it can be installed onto the device using iTunes.

We’ll of course update the post if we find new changes in this build. While public beta build of iOS 10.2.1 beta 2 is not available as yet, it’s only a matter of time before Apple makes it available to those registered on Apple Beta Software Program. We’ll let you know when it hits the public beta channel. Stay tuned.