Watch: The Future According To Samsung [VIDEO]

Samsung Display has released a video demonstrating a rather idealistic take on the future of tech, and sees its panels delving much deeper into consumer and enterprise markets than currently seen. The clip, which was a part of the company’s analyst day back in November and has since just leaked into the wild, once again outlines Samsung’s admirable ambition, but despite this, could we really envision a world where almost everything on view – from floors to coffee cups – sports some description of integrated Samsung display? It should come as very little surprise that Samsung Display not only believes this to be possible, but sees this as a natural progression in years to come.

Despite Samsung having been accused, on more than one occasion, of stealing ideas for products from certain other companies, one could never call the South Korean giant out for lacking ambition. The Galaxy maker never seems deterred in its efforts to try out new products and services, and although some do, inevitably, hit the ground like a lead balloon, others – like the phablet Galaxy Note, for example – have proven seminal. 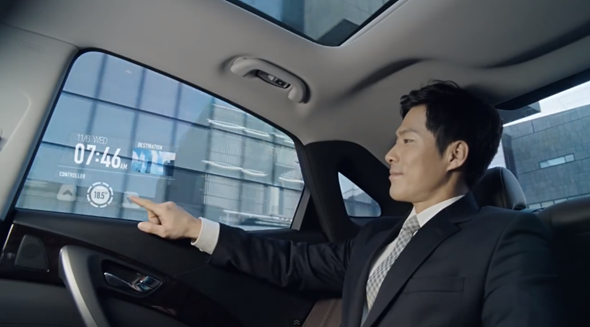 The video consists of CGI renders, and presents quite a significant leap forward from the kind of interaction to which we are currently accustomed. Intriguingly, we would, in the eyes of Samsung Display, still be clutching a couple of our connected devices, but at the same time, biometric fingerprint sensors will be readily accessible through other devices found pretty much everywhere; taking us straight to the content and services we require in a seamless fashion.

Even as a simple analyst day keynote, this is fairly audacious thinking from Samsung, and although some will scoff at this video and some of the ideas presented, it’s not beyond the realms of possibility that tech will evolve into something representative of what you see below. 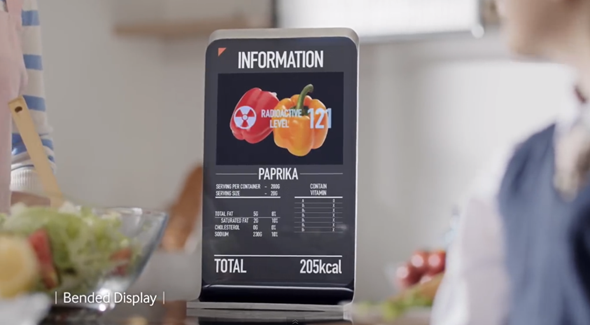 After all, it has only been six years since the iPhone came along and revolutionized the smartphone industry, and even in the relatively short space of time since, the market has continued to evolve exponentially. It is becoming increasingly hard to avoid technology on a second-by-second basis, and as improvements continue to be made and our dependency heightens, could this be a realistic take on our future?