One of the tweaks that Intelliborn is best known for is MyWi. Originally launched as a way to tether devices to an iPhone before tethering was officially built into iOS by Apple, MyWi has since grown into more than a simple tweak for allowing people to tether, and while some may have expected it to wither following Apple’s inclusion of tethering into iOS itself it is still one of the tweaks that people look out for when a new jailbreak becomes available. 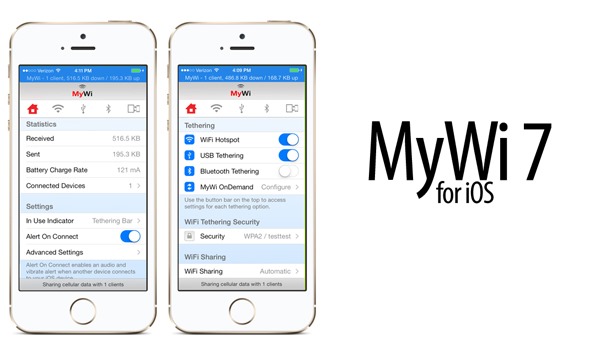 When Evad3rs launched its Evasi0n iOS 7 jailbreak last week, Intelliborn was also there to launch its iOS 7-compatible MyWi 7, making sure that those who rely on its tweak would be able to continue doing so once they made the jump to Apple’s latest and greatest version of iOS. As if compatibility wasn’t enough though, Intelliborn has now released an update that brings us to version 7.01.01. 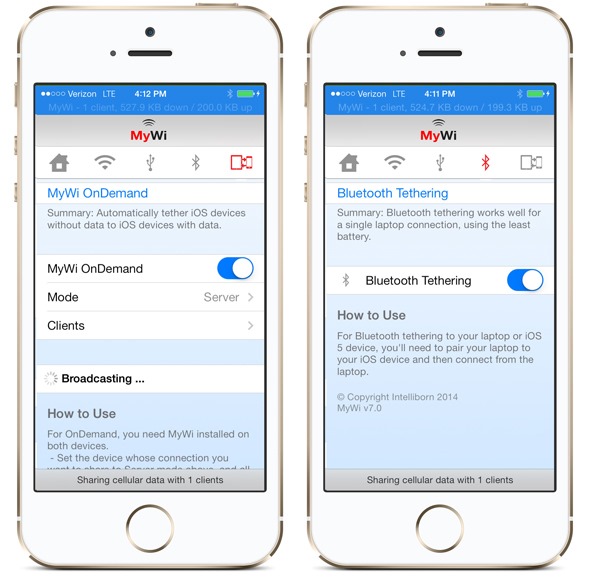 Pushed out a few hours ago, this new version of MyWi adds support for 5GHz Wi-Fi tethering on devices that support it. Those devices include the iPhone 5, iPhone 5s and quite a few iPads. With 5GHz support users should be able to create tethering bubbles with less interference, hopefully giving them more speed to play with in the process. 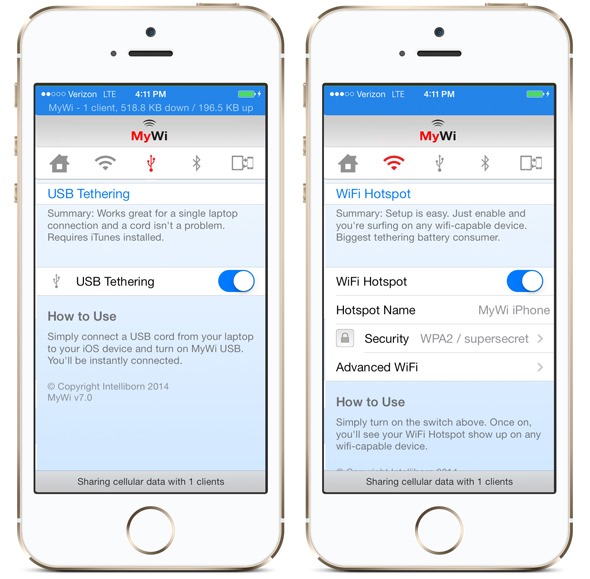 As is usually the case, Intelliborn is offering this update as a free one to existing MyWi owners, and in fact MyWi 7 is a free update to those that currently have a MyWi 6 license too. People upgrading from versions 4 or 5 will need to pay a $4.99 fee, and those with no prior MyWi license can get in on the action for $19.99. There’s a 3-day trial that can be used should you need to kick the tires on MyWi before handing over your money, too.

As always, MyWi can be installed via Cydia, with a huge range of iOS devices supported.