Five Tweaks To Help Speed Up iOS 7 On iPhone

As Apple keeps making its iPhones and iPads faster, it also keeps adding features to iOS that need more and more processing power. While we’re all for Apple making our devices more useful by adding new stuff to them, we’re not so keen on the idea of the hardware we depend on becoming bogged down, often thanks to features or eye candy that we simply don’t want.

If you’re jailbroken though, there are means and ways to try and restore some of the snappiness to iOS 7 that we used to love, potentially returning some of our older hardware to former glories in the process. After all, we can’t all afford to buy the latest hardware to come out of Cupertino, can we? 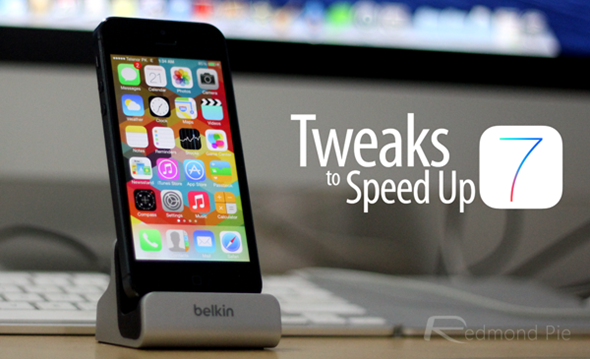 Here we’re going to cover five jailbreak tweaks that could, potentially at least, help to speed up iOS 7 on that iPhone or iPad that you tote around. Hopefully you won’t be waiting for things to happen or apps to load anymore!

An oldie but a goodie, FakeClockUp takes iOS animations and then reduces the time they take to complete. It doesn’t overclock anything, so battery life won’t be affected. Simple and affective, even if it is really just a placebo. While it hasn’t been officially updated for iOS 7 yet, we have tested and can confirm that it works on iOS 7. FakeClockUp is available to download for free from hitoriblog.com/apt/ 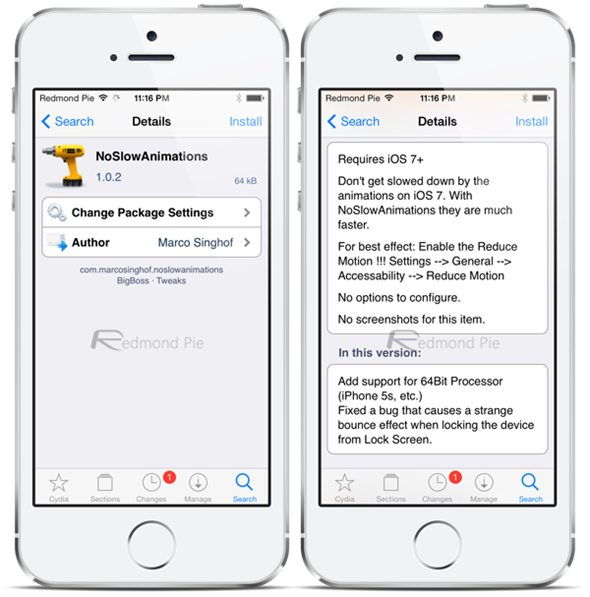 A new jailbreak tweak released only recently and is fully optimized to run on iOS 7. Very similar to the aforementioned tweak, NoSlowAnimations has no settings to alter, and no icon either. In fact, once installed and your iOS device rebooted, all you need do is get on with life. What you’ll notice is animations that seem to take around half as long as they used to. This tweak is available for free on BigBoss repository in Cydia.

This is a little more interesting than reducing the time some transitions appear to take. With Nitrous, third-party web browsers like Chrome and other WebKit-heavy apps will see improved performance thanks to them now having access to Safari’s Nitro – a JavaScript engine that is usually only available to Apple’s apps.

Anything that speeds up web browsing has to be a good thing!

Nitrous is available for $0.99 on BigBoss repository in Cydia and is fully compatible to work with iOS 7.

This iOS 7 jailbreak tweaks lets you access Apple’s secret internal settings for iOS. There are tons of customizable options to choose from. Recommended only for advanced users. HiddenSettings7 is available for free on BigBoss repository in Cydia.

You can read more about HiddenSettings7 here.

You’d be surprised how many temporary files get created by an iOS device during the course of normal use. Cookies, caches and temporary application files. All those files take up space, and reclaiming that space is what iCleaner Pro does. In a world where apps and games are constantly growing in size, being able to take control of what’s sat on your iPhone or iPad suddenly becomes more useful. While the official iOS 7 update of iCleaner Pro isnt out yet, you can try out the beta for iOS 7 for free from exile90software.com/cydia/beta/

These are just some of the tweaks that can help to keep things running smoothly as well as making transitions at faster. If iOS 7 feels sluggish to you, now might be the time to start tweaking.