Although the vast majority of our iPhone 6-related reports have revealed details of the smaller, 4.7-inch variant, the 5.5-inch model – also dubbed as the iPhone 6L or iPhone Air – has also been leaked quite frequently over the past few weeks, and now, we have what appears to be a legitimate leak of the more sizeable iPhone’s rear shell. As with the lion’s share of iPhone 6 tidbits, there’s no way of verifying the leak’s authenticity, but given that it ticks all of the boxes in terms of form factor and general plausibility, it’s definitely worth checking out.

The credit for sharing the video goes out to the folks of Nowhereelse.fr, who’ve been getting hold of and unveiling details of the iPhone 6 on a daily basis these past few months. The clip is only short at 47 seconds, but offers a glimpse of the shell from a number of angles, and for what it’s worth at this stage, we do believe that this leak is genuine. 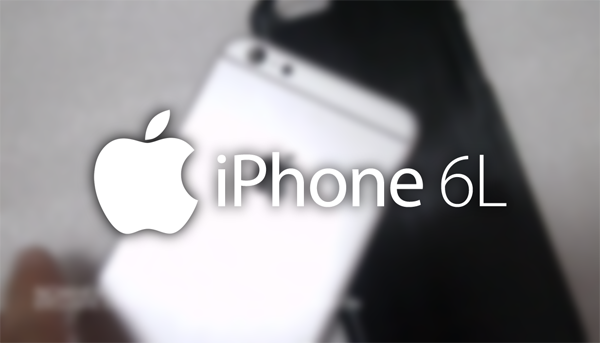 As well as a number of fixings inside the shell, there’s also a space for that embedded Apple logo, which will apparently be made from some kind of robust material. At first, it was rumored to be liquidmetal, but given that further leaks of this particular component has been routinely scratched by those who’ve gotten hold of it, perhaps not.

There’s also a circular cut-out for the revised True Tone flash, which Apple has managed to scale down while still preserving the integrity of photos snapped in dark, or less well-lit areas.

The larger iPhone 6, which is being touted as the “iPhone Air” or “iPhone 6L,” will apparently be delayed, and although it will almost certainly be announced on September 9th alongside the 4.7-inch device, it’s unlikely to hit shelves until October at the earliest.

Apple has already handed out the invitations for its special event at the Flint Center for Performing Arts on September 9th, and although we do still believe that the iWatch will also be previewed, the company’s hotly-anticipated wearable looks set for release early next year.

With just over one week to go, we’ll surely be seeing a couple more leaks as Apple continues its preparations, and should anything interesting come to light, we’ll have it covered right here at Redmond Pie!