Apple has stopped signing iOS 12.1.1 and iOS 12.1.2 with immediate effect. The move comes approximately two weeks after the Cupertino-based business pushed iOS 12.1.3 into the public domain and will have an immediate impact on jailbreakers.

The fact that Apple has stopped signing iOS 12.1.1 and iOS 12.1.2 will not really have an impact on the average iPhone and iPad owner who upgrades to the latest firmware and then waits patiently for the next release. 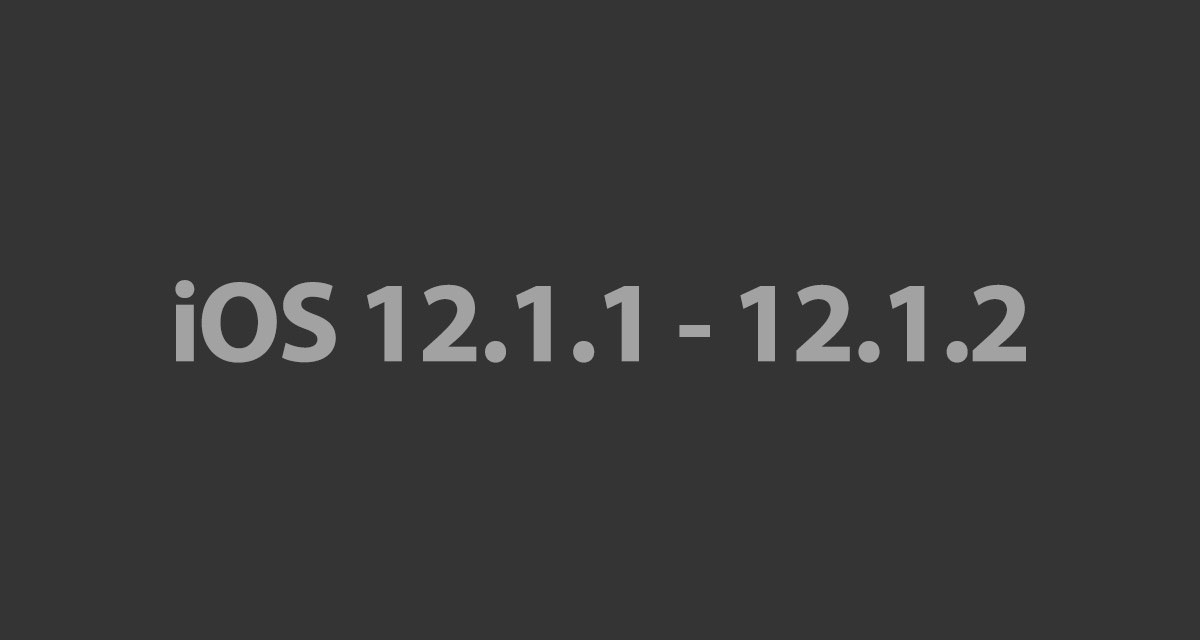 It is members of the jailbreak community that this affects and simply means that anyone who has taken the opportunity to move to iOS 12.1.3 to try out the bug fixes and patches within will not be able to roll their firmware back to iOS 12.1.1 or iOS 12.1.2. Unless, of course, they have their device’s SHSH blobs previously saved with tsssaver.

As we know, there has been a hive of activity in the jailbreak community recently resulting in the release and publication of multiple iOS 12.x.x exploits and at least one SSH-only jailbreak that has the potential to raise excitement levels. Nothing concrete has been released yet but given what we currently have it really is only a matter of time until something is pushed out on a user friendly level to jailbreak devices running iOS 12.0 through iOS 12.1.2. Once that happens, the jailbreak floodgates will be open and we will have a slew of liberated iOS 12-based devices.

This move by Apple is clearly perfectly timed to prevent as many people as possible from being able to downgrade their devices to be in a position to be able to jailbreak as and when a suitable tool is released. Developers and hackers who have been involved in this latest work have repeatedly advised that it’s worthwhile downgrading and getting on the lowest firmware possible while the window of opportunity was still open. Unfortunately, thanks to the cat and mouse game with Apple, that window of opportunity is now closed.

If you are one of the device owners who didn’t manage to downgrade and find yourself stuck with iPhone or iPad running iOS 12.1.3, then it seems as though you may need to wait patiently until another exploit is discovered which supports that firmware version.