iOS 12.1.3 Release Notes, Changelog And Other Changes You Need To Know About

If you happen to be the proud owner of iPhone, iPad, or iPod touch and that device is compatible with the latest firmware, then you will likely already be well aware that Apple has pushed iOS 12.1.3 final out into the public domain. That isn’t going to be news to you but the verbose overview of what’s new, what’s improved, and what Apple has deemed fit to include with iOS 12.1.3 may be.

The release of iOS 12.1.3 shouldn’t really come as a surprise to anyone. After the issues that the company had with iOS 12.1.2, this release has been in testing for a while both with Apple internal employees as well as external developers and registered testers. 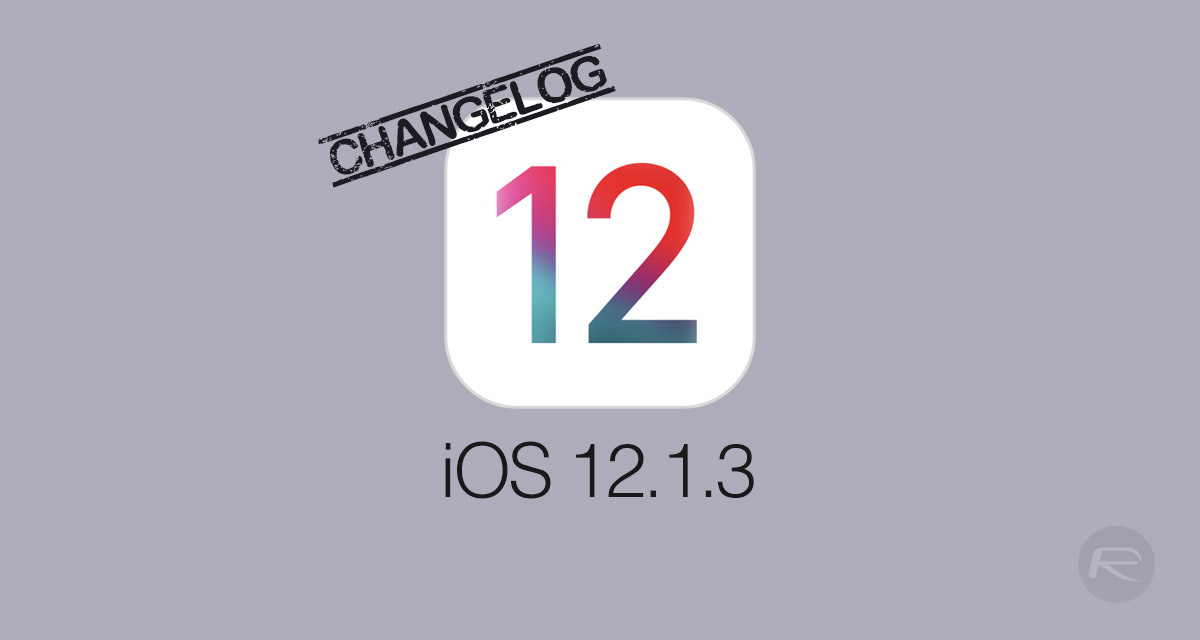 Now, after that period of testing, Apple is happy with the performance of the software across all compatible devices and feels that it’s in a position for public consumption. But, just what exactly is the public going to be consuming?

The content contained within this release was originally destined to be part of the original iOS 12.1.1 and 12.1.2 releases but got pushed back to this release due to the increased importance of satisfying demands made by a Chinese court over the alleged infringement of Qualcomm Inc. patents. However, as the naming convention suggests, and as confirmed by investigation into this release, there is very little happening from a user-facing and user interaction perspective. This is very much a point release full of under-the-hood improvements, bug fixes, and internal patches designed to streamline the experience. You can read Apple’s comments below:

– Fixes an issue in Messages that could impact scrolling through photos in the Details view
– Addresses an issue where photos could have striped artifacts after being sent from the Share Sheet
– Fixes an issue that may cause audio distortion when using external audio input devices on iPad Pro (2018)
– Resolves an issue that could cause certain CarPlay systems to disconnect from iPhone XR, iPhone XS, and iPhone XS Max

This release also includes bug fixes for HomePod. This update:

If you are the type of individual that doesn’t believe something until they see it and want to read the full changes, improvements, and in-depth release notes directly from Apple, then you can see them listed above. Alternatively, if you have a compatible iPhone, iPad, or iPod touch, then you can also see the full description of changes and improvements within the Software Update mechanism as and when you come to download and install the iOS 12.1.3 firmware.