While the App Store contains quite a few remote desktop apps for iOS devices, the Cydia Store is surprisingly light in this department. SoftPad for iPhone and iPad has sought to break the mold, and although we wouldn’t consider it an out-and-out RDP client, it does allow you to control many of your PC’s aspects right from your iDevice.

Considering similar apps on the App Store are paid, I was particularly keen to see how SoftPad – a free download from the BigBoss repository – would perform. So I headed over to the SoftPad website as instructed in the Cydia description, and downloaded the desktop server client.

The file is minuscule, and downloaded in a second. It’s a .7z file, so you’ll need an extraction utility such as 7-zip or, as I used, WinRAR in order to unpack the files within.

I then opened up a command prompt (Windows button + R, and then typed cmd), and found my WLAN IP by typing ipconfig into the command line. I made a note of the IPv4 address before running the .exe located in the desktop server .7z file.

By opening up the iPhone app and clicking on the "Add New" icon at the bottom left-hand corner of the screen, I then entered the required details, selecting a server name, WLAN IP address and the port number, which was located in the desktop client itself (13248 by default).

Your server popped up on the list, and after touching the Wi-Fi icon, the client connected to the server and I was ready to go. There are three separate options – using the device as a TrackPad, Keyboard, or using the touch-based interface to navigate the desktop – known as SoftTouch. 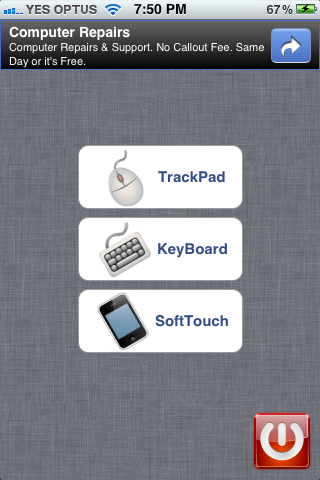 Seeing as this is a free, open-source Cydia project, I wasn’t expecting the level of performance SoftPad manage to deliver. It’s an open source project, and those willing to develop it further can grab the source code from GitHub. 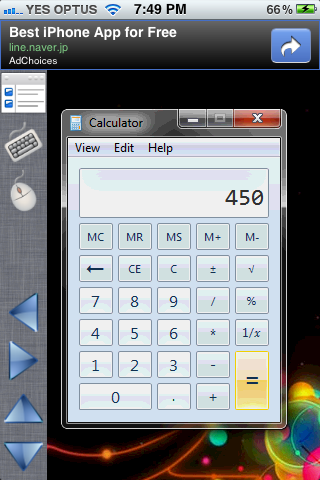 As I say, it’s free to download over at the BigBoss repo, and if you like the idea of controlling aspects of your desktop directly from your device, then I highly recommend SoftPad – especially given the number of rather expensive paid apps floating around. 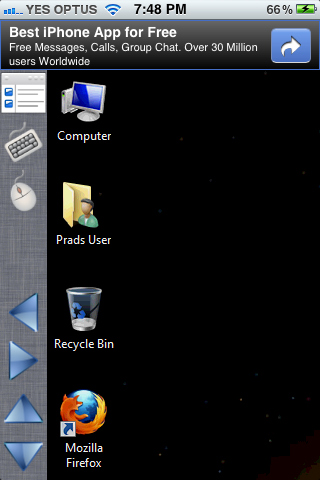