As smartphones and tablets have become an integral part of our day-to-day lives, the process of jotting down notes has changed incredibly. The paper and pen have been ditched in favor of the digital keyboard, and whether you’re running iOS or Android, there is no shortage of apps available, each claiming to offer the very best note-taking experience.

Notes, an aptly-entitled app created by nbit, offers a clean, ICS-inspired notepad experience tailored to suit both smartphone and tablet alike. Unlike some, in fact, many of its competitors, it doesn’t fall victim of being overly cluttered. Too often, a theoretically simple app becomes bloated and complicated as the developer tries to implement many unnecessary extras, but minimalism appears to be the order of the day with Notes, and its very to-the-point name is reflected throughout the app.

Of all the app types one can install on an Android device, the note-taker is one of the most fiercely-contested, which goes a way to explaining why we seem to stumble across them ad nauseum, and while Notes will surely be seen by some as lacking in features, it packs a decent performance for it’s 200kb size. Creating and sharing notes is an effortless breeze, and if you’ve something important to remember, you can easily pin it to your home screen in order to jog your memory on a later date. 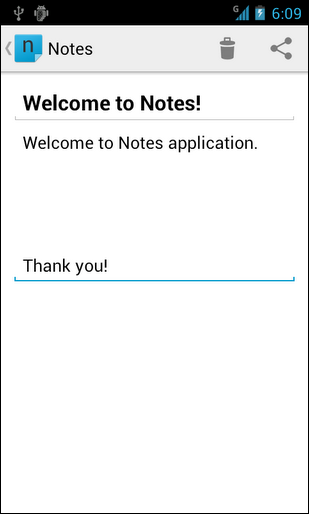 The developer plans to add a "setting up note reminders" feature in the future, which will presumably be a step up from the current home screen arrangement. It really feels like the "missing" ICS notes app, and if you’re into simplicity and elegance, you need look no further for a notes app than, well.. Notes. 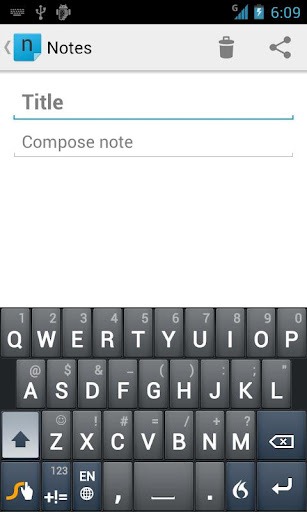 It could certainly do with some form of integration with Google Drive – the Big G’s well-documented recent revamp of the old Google Docs service – although the developer also plans to add the ability to sync with Dropbox, so pretty soon, all notes taken can be kept safe and sound in the comfort of the cloud.